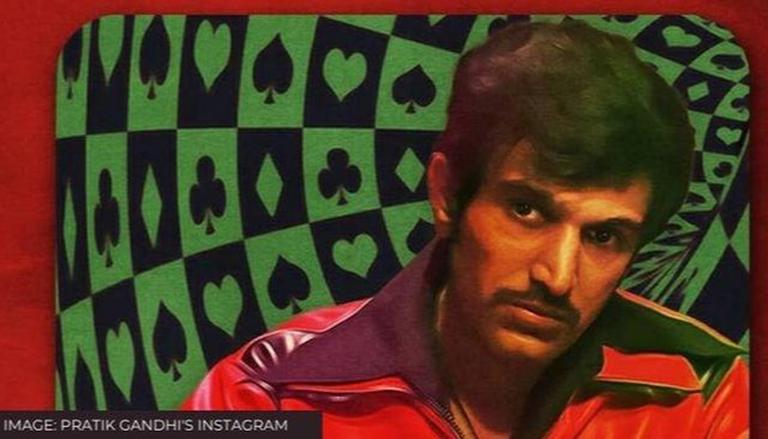 Based on a short story by Mukesh Sojitra, this is a story of the titular character Vitthal Teedi, who would do anything for the happiness of his family. Having lost his mother at a young age, Vitthal and his sister Vandana are brought up solely by their father. In order to financially support his family, Vitthal begins playing poker, getting addicted to cards, gambling away to run the family as well as support his brother’s education. This also earns him the title of ‘Teedi’ that replaces his last name Tripathi, when translated means card of 3 in Gujarati. Things begin going downhill for him as his family faces several major obstacles with no money left to face them. The story is about the moral dilemma of Vitthal as he tries to save the day at the cost of his conscience.

Pratik Gandhi seems to be one of the actors blessed with a phenomenal background score in whatever project he takes up. If you loved the background score and the title theme music of Scam 1992, you will fall in love with the dramatic title theme of Vitthal Teedi that is reminiscent of an 80s Amitabh action drama, created by Kedar and Bhargav. Aditya Gadvi too outdoes himself with the title track of the song. The director of the series Abhishek Jain has mentioned in an interview with Republic World that the show is stylized in the 1980s sense – and how! This is reflected in the beginning and end credits, music, power-packed dialogue and not-so-subtle nods to Amitabh Bachchan’s action-dramas of the 80s – especially the iconic red jacket from 1981 hit Laawaris.

Every actor in the series holds their own. Be it Ragi Jani’s performance as the caring patriarch, Brinda Trivedi’s resilient and supportive sister to Vitthal, Prem Gadhvi’s frivolous Kanu Datti and even Hellaro actor Shraddha Dangar appearing for a very short time, playing the potential love interest to Vitthal – each one is seasoned and perfect in their own ways. The use of authentic Kathiyawadi – brought from the interiors of Gujarat is impressive, especially because it is still heard in pockets of Junagadh. Seeing each actor following the lilt to the T is fascinating. The subtitles provide a massive help for those who are unfamiliar with Gujarati, the actors making sure of it with their expression.

The series is a definite visual treat. The fact that it is one of the most simply told stories makes it beautiful. The characters have been established well enough in the first season, completely involving the viewer into their lives. It is the perfect way to anticipate the next season of any series.

The show may or may not connect too well with the kind of rustic, rural setting that it has. The show is heavily dialogue-driven delivered by a ‘poker’-faced Pratik Gandhi. This works in parts, but one who is not familiar with the setting of the show (timeline and location), or even poker, would want to understand the intricacies of the game. There will be curiosity looming around what makes Vitthal the best player ever – as repeatedly claimed. However, the sheer joy of watching him deliver these dialogues as a narrator and participant brings this story to life. Also, the six-episode show ends way too soon. By the time one settles into the story, get attached to the characters, it ends, but with a promise of next season.

It’s a must-watch for anyone craving to watch more of Pratik Gandhi on screen. As he delivers one of his finest performances, the child actor playing Vitthal Teedi, Vishal Thakkar, deserves special mention. He is adorable and yet so intense, it's seamless.

The quandaries of conscience that Vitthal is stuck in are not judged as harshly by his family or friends, and that is quite refreshing to watch. The show looks at not a common, but seemingly most mundane man’s problem by getting inside his head – making it even more interesting for the viewer to dive into it. Vitthal Teedi most definitely delivers what it promises – an ode to the 1980s complete with family drama, social commentary, and the hero – a do-gooder with a darker side that the audience can expect more of in the coming season. This is a ‘diamond’ in the rough set to win ‘hearts’ in the coming seasons.