'Ragnarok' Season 2 Cast: Everything You Need To Know About The Characters They Play

'Ragnarok' season 2 is finally out and fans can't get enough. Here's all you need to know about the cast of the popular show and the characters they play. 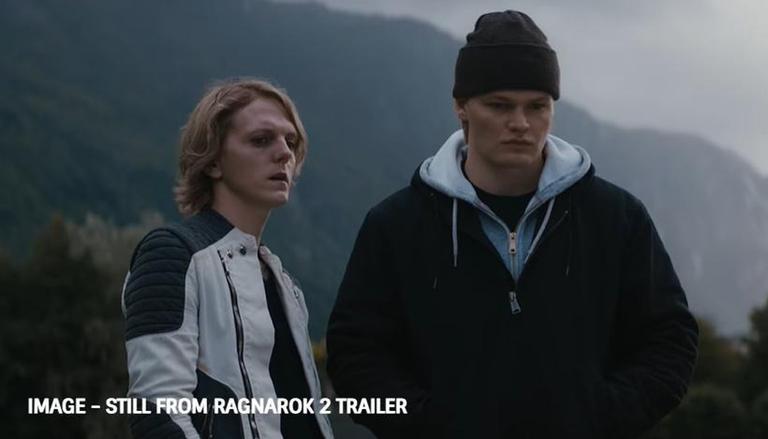 
Ragnarok season 2 is finally out on Netflix, and fans cannot stop raving about the power-packed new season. Ragnarok 2 dropped on Netflix on May 27, consisting of six new episodes for fans. However, which of the actors returned for the second season of the show? Find out below.

What is Ragnarok about?

Ragnarok is a Norwegian fantasy drama series inspired by Norse mythology. The show premiered on Netflix on Jan 31, 2020. Ragnarok takes place in the fictional Norwegian town of Edda in Hordaland, Western Norway. The town is plagued by climate change and the industrial pollution caused by the factories owned by the local Jutul family, the fifth-richest family in Norway.

The Jutuls are actually four Jötnar posing as a family in Edda. They are challenged by Magne, a teenage boy who is surprised to learn that he is the embodiment of Thor, and begins the fight against those that are destroying the planet. Let's have a look at the Ragnarok season 2 cast.

READ | 'Record of Ragnarok' anime release date: Here is all you need to know

David Alexander Sjoholt professionally known as David Stakston, appears as Magne Seier on the show. Magne Seier is a teenage boy who is surprised to learn that he is the reincarnation of the thunder-god Thor. Upon finding out, he fights those who threaten to destroy the planet.

Jonas Strand Gavli plays the character of Laurits Seier on show. Laurits is Magne's little brother and the second son of Turid Seier, with who he moved to live in Edda. He is confident, mischievous, and unpredictable, qualities often associated with the God of Mischief, Loki. He is rumored to be linked to Loki in the same way as Magne, who's thought to be the God of Thunder, Thor.

READ | 'Ragnarok' S2 cast: David Stakston, Herman Tommeraas & others who will be part of the show

Norwegian actress Emma Bones appears on the series as Gry Isungset. Gry is always kind to Magne Seier, although she doesn't always know how to deal with his way of relating to people. Even though she initially shows no interest in Fjor, she eventually begins to reciprocate his feelings. She also has feelings for Magne, though she is more reluctant about these feelings than the ones she has for Fjor.

READ | 'Ragnarok' season 3: Will there be a new season? Know details about its release date

Herman Tommeraas appears on the show as the character of Fjor. Fjor is a Giant or Jotunn, like the rest of the Jutul family. Fjor is more than a thousand years old but he appears as a regular 19-year-old boy. His charm and wit has many girls in school crushing on him, but Fjor has eyes only for one girl: Gry.

Theresa Frostad Eggesbø plays the character of Saxa Jutul. Saxa is the daughter of the Jutul couple and one of the most popular students at the school. She is a typically rich girl, as is her brother Fjor. Together the two are the children of the headteacher and of the owner of the local factory. It remains unknown how old she is exactly, but since she is a Jotun, she might well be several thousands of years old.

Benjamin Helstad appears on the show as Harry. The Norwegian actor is a new cast member who has recently joined the show for season 2. Harry is the reincarnation Týr, the god of war.