The nominations for the Golden Globes for the year 2022 are out and the popular South Korean survival drama 'Squid Game' bagged three nods in it. 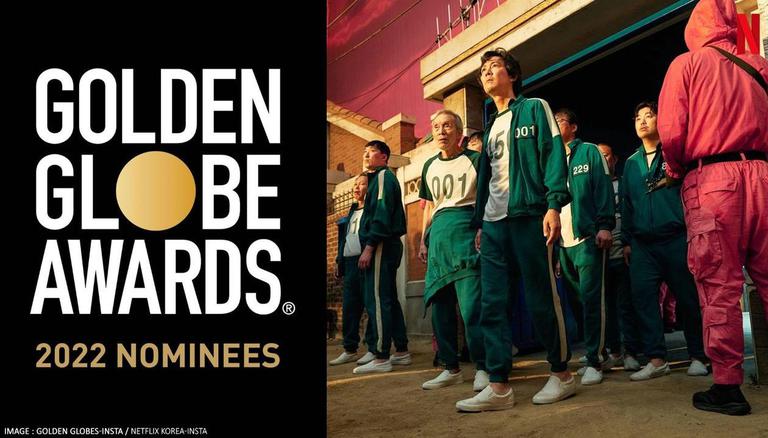 
After taking over the streaming platform, Netflix's survival drama Squid Game has now proved their mettle in the Golden Globes 2022 nominations by bagging three nods including the prestigious award of Best Television series, drama. Starring HoYeon Jung, Lee Jung‑jae, Park Hae-soo and more, the South Korean drama series was earlier given the title of the most-watched series on Netflix before being dethroned by another popular South Korean gory thriller titled Hellbound.

The list of nominations for the 79th Golden Globe Awards 2022 was announced on December 12 by rapper Snoop Dogg and HFPA president Helen Hoehne. The award ceremony is conducted to recognise the best films and dramas of the year. Squid Game managed to bag three nominations at the Golden Globes 2022 including the Best Television Series, Drama.

The series will be competing with shows like Lupin, The Morning Show, Pose and Succession in the category. Additionally, Squid Game star Lee Jung-jae who played the role of Seong Gi‑Hun is nominated in the category of Best Performance by an Actor in a Television Series, Drama competing with the likes of Brian Cox and Jeremy Strong from Succession, Billy Porter from Pose and Omar Sy from Lupin.

Lastly, O Yeong-su who essayed the role of the mastermind behind the deadly game, Oh Il-nam, will compete Billy Crudup and Mark Duplass from The Morning Show, Kieran Culkin from Succession and Brett Goldstein from Ted Lasso in the category of Best Supporting Actor, Television.

What paved way for the immense popularity of Squid Game

The popularity of the show had crossed far and beyond the Korean audience with the series garnering over 111 million views and 1.65 billion hours streamed in the first four weeks. It was also recognized by the Gotham Awards 2021 as it won in the category of Breakthrough Series- Long Format. The annual ceremony was organised by the New York City-based Independent Filmmaker Project. The show is currently gearing up for its second season.