‘Squid Game’: Billie Eilish, Cardi B And Other Celebrities Who Loved K-drama

The Korean drama received love and praise from fans across the globe, including some popular celebrities. Read further to know which stars are fans of it. 
Squid Game has been one of the most talked-about shows ever since its premiere last month. The Korean drama received love and praise from fans across the globe, including some popular celebrities. Much-loved singers Billie Eilish and Cardi B are among millions who watched and loved the survival game show.

Speaking to Sunrise Australia, Billie Eilish revealed that she completed the entire show in just two days. The show released nice thrilling episodes and fans began to binge-watch it as soon as it premiered on the streaming platform. Recent reports stated that the hit show is expected to mint a whopping 900 million dollars.

The singer and rapper changed her profile picture on Twitter and is certainly a fan of the Korean drama show. The display picture is a close up of the face of the doll that can be seen in the popular first game, Red Light, Green Light of the show. Cardi B added a twist to the picture and edited it in such a way that the doll has electric blue hair.

READ | Cardi B on why she stopped talking about politics: 'Tired of getting bashed' 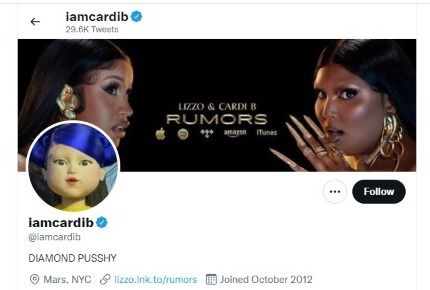 The actor took to Twitter after she finished watching the show and decided to engage with her followers and have a discussion. As soon as she completed the ninth episode she wrote, "Wow finished Squid Game today… let’s talk about it." Fans quickly headed to the comments and replied to the actor. Some asked her what her favourite game was, while others posted memes and GIFs about the show.

Famous for helming films like Jojo Rabbit, Thor: Ragnarok, What We Do in the Shadows and more, tweeted about Squid Game. In the tweet, he asked his fans and followers to watch the series in its original language, instead of choosing to change the audio to English on Netflix. He wrote, "You don't have to watch Squid Game dubbed in English."

You don't have to watch Squid Game dubbed in English.

Squid Game stars HoYeon Jung, Lee Jung‑jae, Anupam Tripathi, and many others, who made the show worth the watch. It was helmed by Hwang Dong-hyuk and involved participants, who were struggling financially. The Squid Game gave them the opportunity to win a massive cash prize and pay off their debut.