Netflix's South Korean drama series Squid Game is all the rage on the internet along with the supermodel-turned-actor Jung Ho Yeon enjoying praises. 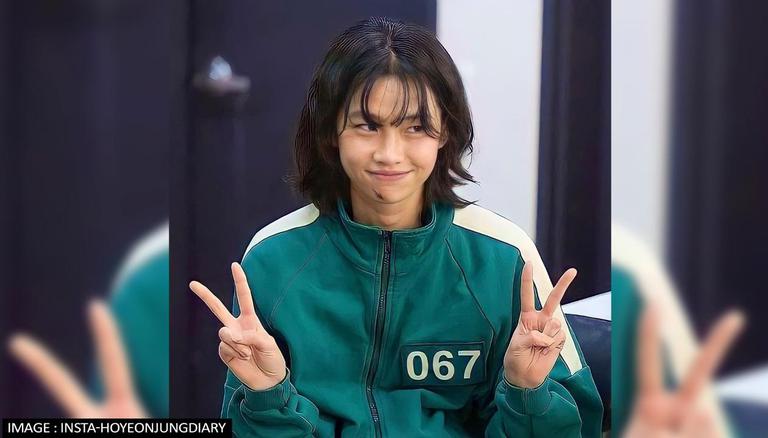 
The internet cannot stop raving about the new South Korean survival drama series Squid Game on Netflix which has added a 'deadly' twist to the childhood playground games. Within only ten days of hitting the OTT platform, the series reached the number one spot in over 90 countries and is showing no signs of slowing down. Needless to say, the massive success of the series has brought international attention to the cast who were already enjoying recognition in South Korea.

Noticeably, supermodel-turned-actor Jung Ho Yeon is quickly rising the fame ladder as her social media handle witnessed a hike in her followers by tenfolds since premiering of the series. Playing the role of the North Korean defector Sae Byeok, the model had to learn the ropes to authentically portray the character.

In an interview with Herald POP, the 27-year-old recalled pouring all her energy into the audition tape as it was her first time appearing before the lens to act. In over three days, the model revealed that she got close with the character Sae Byeok and promptly forgot about the audition tape she had sent over. However, Jung Ho flew back to Korea as the makers requested to meet her in person.

READ | 'Squid Game': Korean Man gets bombarded with calls after his no. appears on Netflix show

She further revealed thinking that she 'had gotten herself into trouble and felt a rush of pressure and fear' to the point that she had to stop drinking coffee after getting the role. After being unable to ease her anxiety, Jung Ho decided to meet with the director who told her, ''I picked you because you’re already perfect as Sae Byeok.’' After talking with her seniors and focusing on her acting, she was able to deliver a sincere performance.

READ | 'Squid Game' Costume: What the Netflix show's mask & jumpsuit mean and where to buy them?

To connect more to her character, Jung go admitted to keeping a diary to study Sae Byeok’s inner thoughts. She stated, ''She’s (Sae Nyeok) an interesting person in that she lives for the sake of others, rather than herself. After experiencing her fair share of ups and downs, the model noticed that action coming out of her naturally as she got visibly closer to the character she portrayed. She ended her statement saying, ''Because I’m lacking, what I focused on most was being sincere.''

WE RECOMMEND
Who is HoYeon Jung aka Kang Sae-byeok / Player 067 from 'Squid Game'?
'Squid Game': Korean Man gets bombarded with calls after his no. appears on Netflix show
Did you know Netflix's binged series 'Squid Game' has an Indian connection? Read
'Squid Game' Costume: What the Netflix show's mask & jumpsuit mean and where to buy them?
'Hometown Cha Cha' to 'Hospital Playlist': Here's list of famous K-dramas to watch
Listen to the latest songs, only on JioSaavn.com