Station 19's season 4 episode 13 was aired on May 6. The trailer of the episode made fans assume that Dean Miller and Ben Warren may have died. 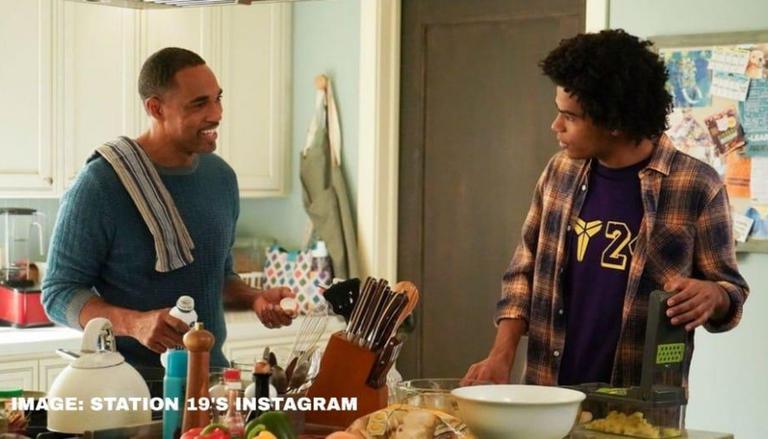 
American action drama Station 19's season 4 episode 13 titled I Guess I'm Floating was aired on May 6, 2021. The trailer of the episode suggested that the two characters of Ben Warren and Dean Miller in Station 19 might be bidding farewell to the series soon. In the episode, Dean Miller and Ben Warren in Station 19 find themselves in a dangerous situation at the Black Firefighters Coalition banquet. Here's why fans thought the two characters are being killed off.

The banquet takes place on a cruise ship and ends after Battalion Chief Gregory suddenly becomes ill and falls overboard. The chief loses consciousness and is almost drowning when Dean jumps into the water without a life jacket to save him. At this point, Ben, too, comes to the rescue but does to no avail. At the end of the video, fans see Dean and Ben gasping for breath and stranding helplessly in the ocean.

Many fans took to their Twitter handle and expressed their sadness after watching the promo video clip. Several fans thought that Ben and Dean already died, while a few others waited for the latest episode. Read further to know what happened in the latest episode.

READ | Ryan Dorsey gets back to work on Station 19 after Naya's death; shares photo with co-stars

I thoughts too. But I'm still nervous. #station19 writers are very good in stressing us out. pic.twitter.com/f1wMEqXTqt

The episode shows Ben and Dean gasping for breath and Dean admits to Ben that he was in love with Vic. Furthermore, Ben also reveals that he is being diagnosed with testicular cancer and he needs surgery to continue walking on the road to recovery. In the later scenes, one can see that the duo survives and finds a way to wash ashore. The duo is lucky to get rescued as they did not give up.

READ | What happened to Michael on Station 19? How did he die? Read details
READ | 'Station 19' cast: Know all about the cast of 'Station 19' and their characters