'Brooklyn Nine-Nine' fame, Stephanie Beatriz a.k.a. Rosa Diaz, recently announced the birth of her baby girl. Here's all we know about the little one - 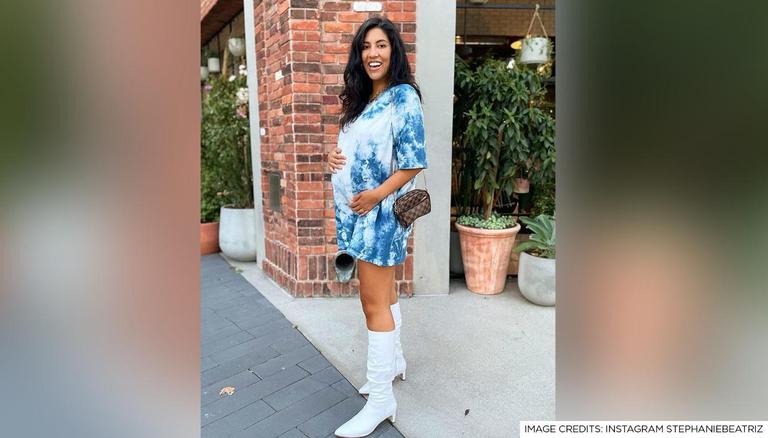 Stephanie Beatriz, who has played the character of Rosa Diaz on Brooklyn Nine-Nine for 8 years, recently welcomed her daughter into the world. Beatriz even announced the name of her daughter which is, Rosaline, and is pronounced Roz-uh-line, as per her Instagram post.

Beatriz's announcement on Instagram features a photo with her daughter, with only the latter's tiny feet visible. As Rosaline can be seen sitting in a baby car seat, Beatriz smiles for the camera. Beatriz in her caption wrote:

READ | What to watch in August: From Brooklyn Nine-Nine to Shershaah watch this on OTT this month

BÉBÉ HAS ARRIVED in style (and more importantly SAFETY) in @nuna_usa’s Pipa car seat. Her name is Rosaline: pronounced Roz-uh-line. I’m very very in awe of the entire experience of having a kiddo. it is INCREDIBLE and HARD AF and BEAUTIFUL and EMOTIONAL, and I can’t remember ever being this amazed and feeling so overwhelmingly full of gratitude. Roz, you are so cool.

When Stephanie Beatriz revealed she was pregnant

According to a report by People, Stephanie Beatriz and her husband Brad Hoss announced the pregnancy in June via the outlet. The two actors spoke about how they would like to raise a child who believes in equality. Speaking about raising kids, Beatriz said:

I think one of the best things you can do is raise a kid who understands that however a person chooses to shape their one glorious life is worthy of celebration.

The actress also spoke about how she didn't think of herself as somebody who could settle down and be committed to someone. She also mentioned how she never imagined she'd be a mother, however, things had now changed. She said:

I didn't think that a committed partnership was really for me, I couldn't really see kids. It wasn't that I was closed off to it. It was more that I couldn't quite see how a baby fit into the life that I was building.

WE RECOMMEND
What to watch in August: From Brooklyn Nine-Nine to Shershaah watch this on OTT this month
Brooklyn Nine-Nine Season 8 released: How to watch online and streaming channels
'Brooklyn Nine-Nine' Season 8 BTS picture sees cast all masked up; check it out
Amazon TCL quiz answers: Answer 5 questions to win TCL 65″ QLED TV
TCL to setup industrial park in Tirupati to locally manufacture smart TVs in India