'Stranger Things 4' Vol 2 To Witness Character Deaths? Makers Say 'everybody Is In Danger'

'Stranger Things' creators mentioned that they're 'concerned' about characters going into further seasons, teasing that 'everyone is in danger'. Know details. 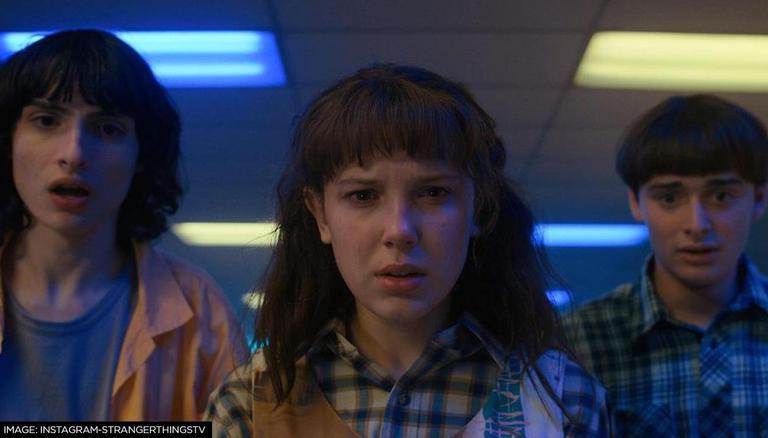 
While the first part of Stranger Things 4 marked the arrival of a new, more terrifying villain Vecna, the second volume may showcase the demon killing off major characters. Billed as one of the darkest seasons of the hit Netflix show, Stranger Things 4 saw Max escaping the deadly villain, while Nancy navigates her way to survive the Upside Down's latest monster.

In a recent conversation with Variety, the Duffer Brothers teased character deaths in Season 4 volume II, mentioning that they're 'very concerned'. Iterating that the kids are 'no longer kids', the creators revealed that 'everyone is in danger' and things might not go well for them.

Ross Duffer mentioned, "I don't really want to say, but I would be concerned about the characters going into Volume 2, for sure. I hope that that is sort of the sense because it is a darker season and the kids are no longer kids. So everybody is in danger." He added, "And there's sort of an ominous feeling that things might not go well. Now, whether they do or not, you'll have to watch."

Characters like Barb Holland, Bob Newby and Billy Hargrove have been killed off in earlier seasons, with the Season 3 finale further teasing Hopper's death. With his mind-invading and tormenting powers, Vecna also killed off supporting characters like Chrissy Cunningham, Hawkins High reporter Fred Benson as well as basketball player Patrick McKinney in the latest instalment.

Earlier, actors Millie Bobby Brown and Noah Schnapp also joked that the characters needed to be killed off, as the cast is 'too big'. Talking to the Wrap, Noah mentioned, "They just need to have one massacre scene, kill half the cast off." Millie joined in and said, "One huge massacre scene. … The Duffer Brothers are two sensitive sallies that don’t want to kill anybody off. We need to be Game of Thrones; we need to have the mindset of Game of Thrones."

For the uninitiated, Stranger Things 4 Part 2 will premiere on Netflix on July 1. It stars David Harbour, Millie, Noah, Winona Ryder, Finn Wolfhard, Gaten Matarazzo, and Caleb McLaughlin among others in pivotal roles.