'Sunflower' Review: This Sunil Grover-starrer Gets Mixed Reactions From Netizens

Sunil Grover's much-awaited web series 'Sunflower' has released on ZEE5. Check out netizens' review to find out if the show is worth your time. 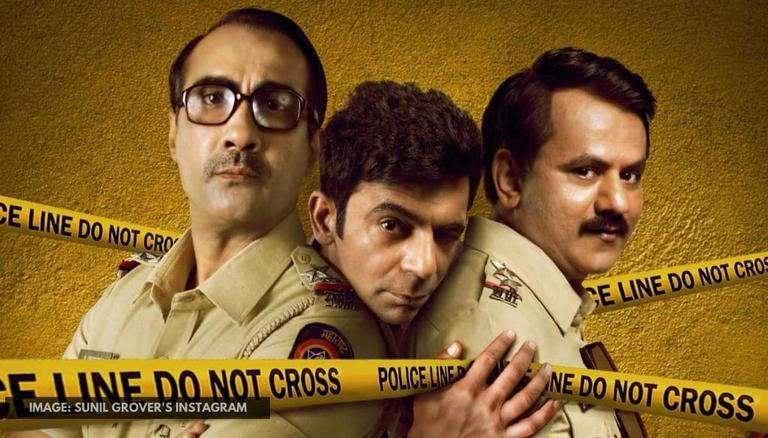 
After giving a jaw-dropping performance as Gurpal Chauhan in the Amazon Prime Video series, Tandav, renowned comedian Sunil Grover is winning netizens hearts, yet again, with his portrayal of Sonu Singh in ZEE5's comedy-thriller series, Sunflower. The much-awaited web series premiered on the streaming service on June 11, 2021. While all the episodes of the Vikas Bahl-directorial released together today, early reviews by viewers as well as critics have started pouring in on social media.

Ever since the makers of Sunflower dropped the much-awaited trailer of the web series on ZEE5's YouTube channel last month, there has been a lot of buzz around this Sunil Grover-starrer. Although ardent fans of the comedian-actor have been curiously awaiting its release for a while now, all eight episodes of the Reliance Entertainment-produced show premiered on the platform earlier today. The story of this newly-released series focuses on the middle-class Sunflower housing society, which is full of quirky characters.

However, after the mysterious death of a resident of the society, the lives of other residents turn topsy-turvy as they, especially Sonu Singh, come under the police's scanner. Following Sunflower's release, netizens have been flocking to Twitter to share their review of this eight-episode web series. While one user wrote, "Whoa, you just can't miss this #Sunflower #Sunflowerreview entertaining, the hilarious dramedy" another tweeted, "Sunflower Review: This thriller film could not create a thrill, the story ended without answering the important questions".

Take a look at some more Sunflower reviews by Twitterati:

A complete mess of a murder investigative quirk comedy

Overall, a one-time watch if you are a die-hard fan of murder mysteries. @wisemoviereview Rating: 3.0/5.0

What an outstanding performer he is 🙌🏻.

#Sunflower @WhoSunilGrover #zee5
By god, on god, swear to god kya kaam kiya hai sir, dil jeet liya. Comedy Nights ki gutthi Tanda ke Gurpal Singh aur ab
Sunflower ka sonu.
there is something that you is a not do hats of to you and the team of Sunflower #zee5kannada

Fan from #Nepal , Watch #Sunflower , you are a very good and versatile actor @WhoSunilGrover sir.#Sunflower #SunilGrover

All you need to know about Sunflower

Alongside Sunil Grover as the main lead, the Sunflower cast also includes Ranvir Shorey, Sonal Jha, Girish Kulkarni, Shonali Nagrani and Ashish Vidyarthi in key roles. The acclaimed Bollywood filmmaker Vikas Bahl has not only directed this comedy thriller but has also written its screenplay. While Sunil plays the main suspect of Mr Kapoor's murder in this web series, Ranvir essays the role of the cop who is in charge of investigating the case. Along with the Queen director, Sunflower has also been co-helmed by the Gumnaami director, Rahul Sengupta. The synopsis of the series according to ZEE5's official website reads: "When Mr. Kapoor of Sunflower society is found dead, the cops arrive and interrogate the neighbours. In a society full of quirky characters, who must have killed Kapoor and why?".