'The Family Man 2': Samantha Apologises For Hurting Sentiments, Says She 'did Not Mean To'

'The Family Man 2' had received major criticism ahead of its release for casting south Indian actor Samantha. She apologised for hurting anyone's sentiments. 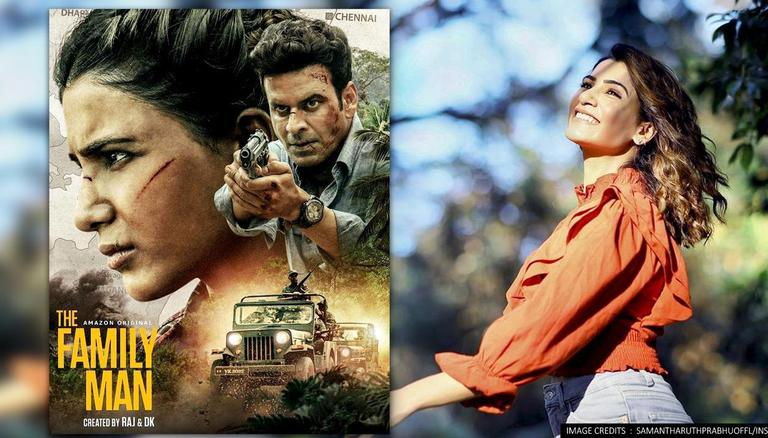 
One of the Amazon Prime Video’s hit shows The Family Man 2 had received major flak from the people ahead of its release for casting south Indian actor Samantha Akkineni. In the show, actor Manoj Bajpayee's character Srikant Tiwari was pitted against a new and powerful adversary, Raji. Samantha played the role of a Sri Lankan Tamil liberation fighter. The actor recently apologised for 'hurting anyone's sentiments. She added that after the release of the web series, 'a lot of the noise stopped'.

Samantha Akkineni apologises for hurting sentiments in The Family Man 2

In a recent interaction with Bollywood Hungama, the actor spoke about the criticism the show and the makers recieved before the release. She said that she had allowed people to have their own opinions and if they decided to stay with that opinion, then she is sorry for hurting anyone's sentiments. She further confessed that her intention was not to hurt anyone. "I sincerely apologise as it was not something I intended on doing at all. I did not mean to hurt anyone," she said.

She further shared that she is happy that, though, once the show did release, a lot of the noise stopped. She commented on the fact that at least people were convinced that things were not exactly the way they had imagined. Even after seeing the series, Samantha said that those who still hold resentment against her or the series, she is still sorry from the depth of her heart. Earlier, Samantha had also been vocal about her character and revealed that f her character was a tribute to the lives lost in the Eelam War.

In her first statement which she had shared on Instagram nearly two weeks after the trailer was launched, Samantha wrote that her heart was filled with ‘so much joy’ as she read the reviews and comments. The actor stated that her character Raji will ‘always be special’. When the trailer had released, a section that was angry over her character, allegedly linked to the LTTE, that had fought the decades-long Sri Lankan civil war, is shown as being connected to a 'terrorist group'. They had termed it as being 'against Tamils' and politicians like Member of Parliament Vaiko had sought a ban for showing the Tamil community in poor light. The series stars Manoj Bajpayee in the lead in the role of an intelligence officer. The series also stars Sharib Hashmi, Priyamani, Sharad Kelkar, among others.