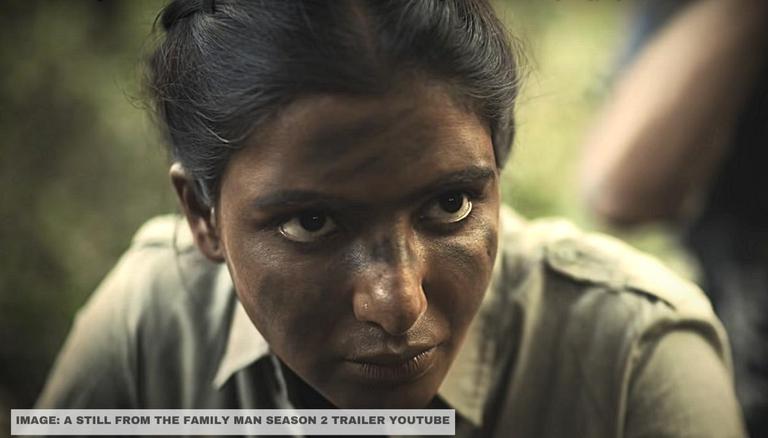 IMAGE: A STILL FROM THE FAMILY MAN 2 TRAILER


Amidst the ongoing controversy for allegedly hurting the sentiments of Eelam Tamils, Samantha Akkineni's latest web series The Family Man 2 premiered on Amazon Prime Video yesterday evening, i.e. June 3, 2021, a day before its scheduled release date. The highly-anticipated second season of the espionage action thriller series comprises a total of nine episodes and early reviews by critics as well as the viewers have already started pouring in on social media. Thus, read on know The Family Man Season 2 review by netizens to find out how good or bad is the newly-released season of the Raj & DK-created series in comparison to its original season.

The Family Man 2 review: Twitterati call it "best series of 2021"

Ever since its trailer released last month, there has been a lot of buzz surrounding the second season of The Family Man among the audience. While The Family Man 2's release was scheduled on June 4, Amazon Prime Video surprised the masses by dropping all the episodes of this much-awaited series a day prior to its release date. Soon after its premiere, the Manoj Bajpayee and Samantha Akkineni starrer started trending on Twitter as many flocked to the micro-blogging platform to share their The Family Man Season 2 review with others. Alongside Manoj and Samantha, the cast of this espionage thriller boasts of Priyamani, Sharib Hashmi, Sharad Kelkar, Shreya Dhanwanthary, Sunny Hinduja, Darshan Kumaar and Dalip Tahil among many others.

Although it received a lot of backlash from Eelam Tamils after its trailer released on YouTube, The Family Man 2 has been garnering heaps of praise from netizens ever since its premiere yesterday. In their review, one user tweeted writing, "Just finished watching The Family man season 2. And I must say it's the best web series of 2021. Kudos to the Whole team Of #TheFamilyManSeason2". Another wrote, "Finally after waiting for 2 years, The family man season 2 is out. Completely lived upon expectations. Ditched the sleep for this and binged watched this one. Completely worth it."

READ | 'The Family Man 2' makers share note ahead of release, call it 'most challenging project'

Take a look at some more reactions by Twitterati below:

The Family Man season 2 is mind blowing. Best Indian web series till date 💯 . Tweet this without any hashtag.

@krishdk best work done again in "The Family Man Season 2" all characters done there job perfect. I can't stop my self to finish the season in one go😊🙏

I binge watched The Family Man: Season 2. I must say, it’s a stellar continuation to the previous season. Now waiting to hear your thoughts people. C’mon, watch it already!! @Kor5bin @RickSegall @STUPIDREACTIONS

What a brilliant performance 👏👌

The Family man season 2 is nerve biting and whattay performance by @BajpayeeManoj & @Samanthaprabhu2 . finished 9 episodes in one go lol.

There's no better series than this🔥
THE FAMILY MAN SEASON 2 has my heart❤
First ever series I binge watched and IT WAS ALL WORTH IT💥🥵@BajpayeeManoj and @sharibhashmi 's humor was unbelievable 🤣@ishahabali nailed the role of 'SAJID' ❤
IT WAS MIND BLOWING🤯🥂 pic.twitter.com/SjgznM3a1I

Finished watching The Family Man Season 2 and I must say what a storyline and acting from all cast. Just mind blowing. We need more of Srikanth Tiwari and JK. @BajpayeeManoj sir versatile, classy and awesome as always.#TheFamilyManSeason2 #ManojBajpayee #TheFamilyMan2Review

#TheFamilyMan2 Still a writer's show (@rajndk and @sumank nail it) but the duo have a distinct style that shows (the long shot action set in last ep). Politicians seem like caricatures tho, so stakes don't seem as high as they are. Amazing cast. Can't wait for S3. Sam🥰

What an brilliant effort from #TheFamilyMan2 team. One of the finest made season. This season is stronger than the first. #Raji aka @Samanthaprabhu2 loved her performance. She is the best thing about this season. Best actor among the entire cast. @PrimeVideoIN

Watch the trailer of 'The Family Man' Season 2 here:

IMAGE: A STILL FROM THE FAMILY MAN 2 TRAILER

READ | Manoj Bajpayee shares heartfelt note ahead of 'Family Man 2' release: 'So the day is here'
READ | 'The Family Man Season 2' releases ahead of schedule; check out netizens' reactions