The Office's theme song was not ready till a week before the premiere of the pilot episode. A lot had gone into choosing the title track as well. Read to know. 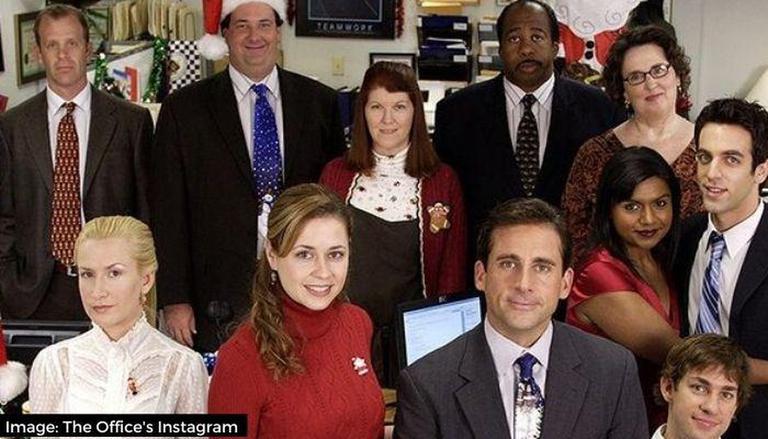 
American sitcom The Office has received a cult-classic status for its hilarious depiction of the everyday lives of officer-goers working at the fictional Dunder Mifflin Paper Company. The show premiered in 2005 and went on till 2013, comprising nine seasons in total. The Office alumna, Jenna Fischer and Angela Kinsey have started a podcast called Office Ladies wherein they share lesser-known facts about the show and shell out details of the behind-the-scenes fun they had. In the episode that came out on June 16, Jenna and Angela revealed that the final selected theme song for the show was not chosen ultimately and James Ferguson’s composition made the final cut.

Jenna Fischer said that James Ferguson was hired to compose the theme song for The Office. Introducing Ferguson, Jenna said, that he has created music for popular shows and moves like NCIS Los Angeles, Women's Murder Club, The Terminator and Charlie's Angels: Full Throttle. The showrunner Greg Daniels wanted an actual song instead of an original composition as the title track. She then went on to add that three songs were shortlisted to chosen as the theme of The Office namely Better Things by The Kinks, Float On by Modest Mouse and Mr Blue Sky by Electric Light Orchestra.

Fisher further said, "He narrowed it down to three choices, and he created title sequences to all three songs and he gave DVDs out to the whole cast. And we got to vote on the songs. In the end, Mr Blue Sky won the majority of the votes and was finalised as the title track. But, unfortunately, another show title LAX that aired before The Office did, used Mr Blue Sky as their own theme song. Sharing more details about it, Jenna said, "They used 'Mr. Blue Sky' as their theme song... We couldn't use it. So Greg had to change it. And that is when Greg hired James Ferguson or as his friends call him, Jay, to write our theme song."

Jenna also went on to reveal that the final theme song of the show was not even ready a week before the airing of the pilot episode and this had stressed everybody out. Greg also called in his musician friend Bob Thiele and then finally James’ composition was made. Fischer also revealed that after the song was recorded, the trio made a band The Scrantones.