What Happened To Cassie On 'Young And The Restless'? Learn About Her Shocking Fate

Cassie Newman was one of the most beloved characters on CBS's The Young and The Restless. Find out what happened to the character in the show. 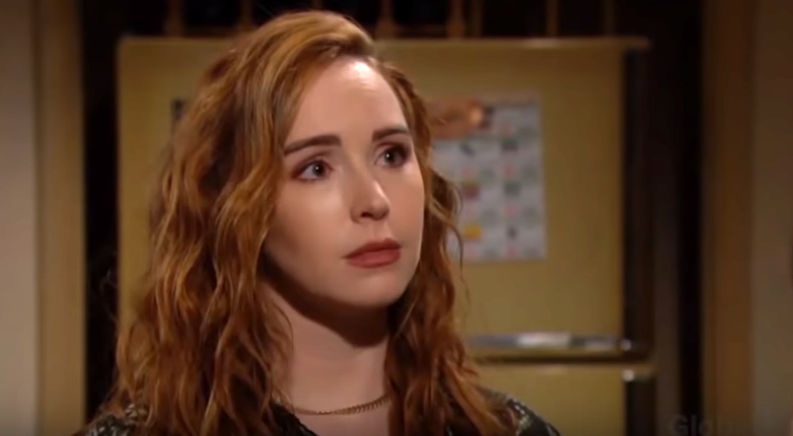 Read | What happened to Olivia on 'The Young and The Restless'? Read to find out

The Young and The Restless Spoilers

What happened to Cassie on The Young and The Restless?

Cassie on The Young and The Restless was born to Sharon Collins in 1991, who sadly had to put the child up for adoption because she couldn’t afford to raise her. Sharon’s boyfriend at the time was Frank and many fans saw that he was no help. Fast forward six years, Sharon was happily married to Nicholas Newman.

Sharon gave birth to their first child Noah. But Noah was ill for a long time, and Sharon and her new husband constantly feared for his health and life. In the midst of all this Sharon and Nicholas’s friend, Grace Turner decided to find the baby Sharon had given up.

Read | Who is Sofia Pernas? Is she dating 'The Young and The Restless' star Justin Hartley?

Meanwhile, fans The Young and The Restless are shown that baby Cassie had been adopted by Alice Johnson. Sadly, for the second time Cassie gets abandoned, and this time it’s her adoptive mother Alice, who leaves her under the care of her elderly mother, Millie. After a lot of convincing Millie allows Grace to bring Cassie to Genoa City.

But, Grace soon finds out that Sharon’s baby boy Noah has survived. This motivates Grace to raise the Cassie on The Young and The Restless herself. It was only a year later that Sharon learned about Cassie’s real identity.

When the shocking truth was revealed, Grace attempts to run off with Cassie. But, her plans are thwarted when Sharon and her husband Nick adopted Cassie themselves. Finally for the first time on the show, since Cassie was born, it seemed as though she had reached where she always belonged.

Cassie on The Young and The Restless: What happened after Cassie returned to Sharon?

In 2003, fans of The Young and The Restless were shocked to see, Sharon’s ex-boyfriend, Frank, show up in town. Frank meets Cassie Newman but, abstains from telling her the truth, about him being Cassie’s biological father. When the seemingly irresponsible Frank learns about Cassie’s near-death experience, by almost drowning in a frozen pond, he makes efforts to get to know his biological daughter a little more. But, in an unfortunate turn of events, Cameron Kirsten murders Frank and frames Sharon for it. After Sharon and Nick tell Cassie Newman, who Frank really was, she was devastated.

Read | Who is Sofia Pernas? Is she dating 'The Young and The Restless' star Justin Hartley?

How did Cassie die?

As Cassie grows into a teenager, she develops a crush on Daniel Romalotti and begins socialising with other teens, who shun her for being too naive and immature. In her desperate efforts to fit in with them, Cassie begins skipping classes and becomes rude to her parents. However, Cassie Newman’s fate takes an unexpected turn, when one night, she attends a party. She finds her crush Daniel passed out due to consuming too much alcohol.

On this day in 2005, Cassie Newman died. Cassie, underage and without a license, drove a drunk Daniel home from a party and crashed his car. After leaving the hospital to go to Crimson Lights to tell Daniel she was driving, she collapsed and died hours later at the hospital. #YR pic.twitter.com/dwsEspoavf

15 yrs ago today, we all said goodbye to Cassie Newman in one of the most tragic stories ever told. It was heartbreaking! But through this story also came some incredibly powerful performances by the actors that we’ll never forget! Truly a day that will be remembered forever. #YR pic.twitter.com/TcRsyeAmTH

Cassie Newman decides to drive him home to the Newman Ranch. But, unfortunately, she crashes the car, injuring them both. A seriously injured Cassie is admitted to a hospital. Cassie tries to escape to find Daniel but is brought back to the hospital by her adoptive father Nick. Sadly on May 24, Cassie Newman passes away, with both her parents on her side.

WE RECOMMEND
3 months ago
Who was Cassie on 'The Young and The Restless'? Know more about her
LATEST NEWS
View all
5 hours ago
Did you know Love is Blind, Too Hot to Handle, & Tiger King have an unexpected connection?
1 hour ago
The Umbrella Academy season 2 ending explained; read on to understand the cliffhanger end
5 hours ago
Joey King takes a road trip with 'Kissing Booth 2' co-star Taylor Zakhar Perez; see pics
3 hours ago
The Real Housewives of Beverly Hills' Brandi leaks texts with Denise from 'secret affair'
5 hours ago
Is there a season 11 of 'Shameless'? Learn about the fate of the drama show