In a recent video uploaded on Instagram by a user named Niranjan Mahapatra, a bride is seen slapping the groom for chewing tobacco at their wedding. 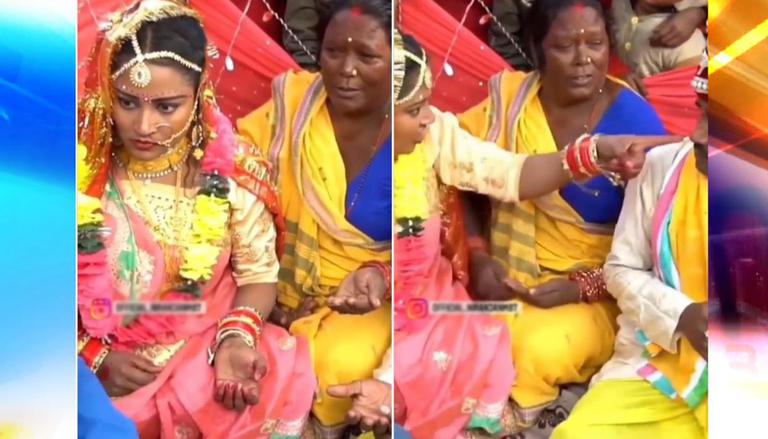 
People are always excited about their wedding, they wait months in anticipation of their wedding day as it marks the beginning of their new life but sometimes it can also turn into a battleground between the bride and husband. In a recent video uploaded on Instagram by a user named Niranjan Mahapatra, the bride is seen slapping the groom.

Just as the ceremony was ready to begin, the incident occurred on the wedding pavilion. The bride and groom are shown in the video sitting next to each other, surrounded by close relatives. The bride begins a conversation with a wedding guest before becoming upset and assaulting him. She then yells at the groom and hits him as well.

Bride slapped groom because he was chewing tobacco

The conflict intensifies because no one at the wedding tries to stop it. According to the video, the bride becomes enraged after learning that her husband is chewing tobacco, which she despises. After she slaps him, he was compelled to stand up and spit the tobacco from his mouth. When he rises to do so, relatives and guests rush to one side to avoid being spat upon.

READ | Watch Video: Woman decked up as a bride does push-ups

The video is gaining traction on social media, with some users praising the bride's reaction while others denouncing the groom's decision to eat tobacco at his wedding. Some even speculated that the video was scripted to raise public awareness. Since it was shared a day ago, it has received around 2 thousand likes and welcomed a lot of comments. Most people used emojis to comment.

Another bizarre incident in the wedding pavilion