Google recently dedicated its doodle to the late Swedish DJ, humanitarian, producer, and songwriter Avicii on his 32nd birth anniversary. Take a look. 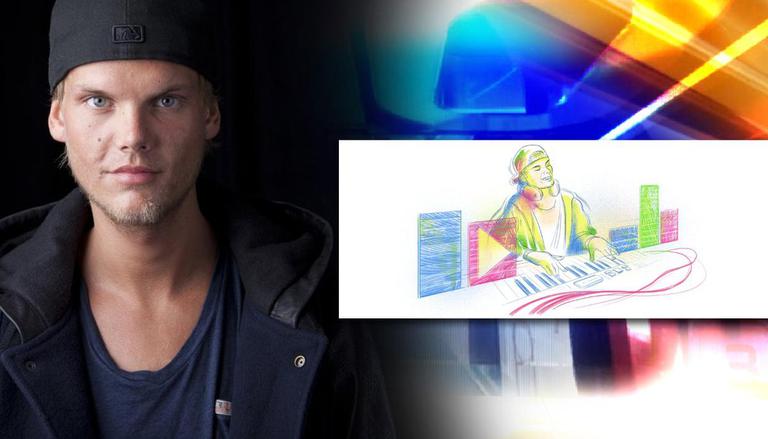 
Swedish DJ Tim Bergling, a.k.a. Avicii, passed away in April 2018. If the renowned DJ had been alive today, he would be celebrating his 32nd birthday. However, the DJ's fans are still remembering him on his birth anniversary. Google also paid its tribute to the late artist with a Google Doodle dedicated to Avicii.

On Tuesday and Wednesday, Google dedicated its doodle to the late Swedish DJ, humanitarian, producer, and songwriter, Avicii, on his 32nd birth anniversary. Tim Bergling was known as Avicii as he launched his first track under the same name. He redefined the pop tracks and the music industry by mixing electronic music with several different genres. He rose to fame in 2011.

The Google doodle was created especially for Avicii, ahead of his 32nd birthday. The video doodle saw a colourful sketch of Avicii who can be seen getting lost in the beats of his unique music. It also showed the audience Avicii's musical journey from playing and mixing in his room to gaining worldwide fame. In the background, the video had Avicii's one of the most iconic songs, Wake Me Up. While dedicating the video, the official YouTube handle of Google Doodle wrote, "Today's video Doodle celebrates the 32nd birthday of Swedish superstar DJ, producer, songwriter and humanitarian Tim Bergling—known best by his stage name Avicii. Whether blaring from speakers of a music festival mainstage or into the headphones of millions of listeners worldwide, Avicii helped elevate electronic music to mainstream global success.".  The credits for the doodle go to Alyssa Winans, Sophie Diao, and Olivia When.

When Google spoke with Avicii's father, Klas Bergling, about the doodle, he shared that he and his family were delighted and honoured to see the doodle. He liked the friendly story of Avicii, who fulfilled his dream to be a DJ. He also reflected on how the video showed that a person's life is not always easy despite good fortune and fame.

READ | To reminisce the musical genius of Avicii, here are 3 of his best songs

Avicii began his DJing career by mixing music in his room and uploading them on several platforms. He rose to fame with his 2011 party track Levels. The DJ and songwriter went on to launch his own albums and several singles. He also collaborated with renowned musicians during his journey. He was also nominated for two Grammys and was known for taking electronic music to the Top40 radio, in the early 2010s. In 2016, Avicii took a break from concerts due to his mental health. He passed away in April 2018, at the age of 28, after committing suicide. Avicii's music is still cherished all over the world and his fans still remember him for his tremendous work in the music industry.

WE RECOMMEND
Who is Dave Grohl? Know more about the director of famous series 'What Drives Us'
Google Stadia Pro subscribers get 4 new games for free: List of all free games
Aloe Blacc talks about unreleased songs with late DJ Avicii in his live session
Who is Aloe Blacc? Learn more about the 'Masked Singer' contestant
'Ghum Hai Kisikey Pyaar Meiin's' Suraj Sonik gives a peek into his vanity van; watch