Bag Of Air Sold For Over Rs 5 Lakh In US; Seller Links It To Rapper Kanye West

A small plastic zipper bag has been reportedly sold for $7,600 on eBay. The person who gave this bag for auction connected it with American musician Kanye West. 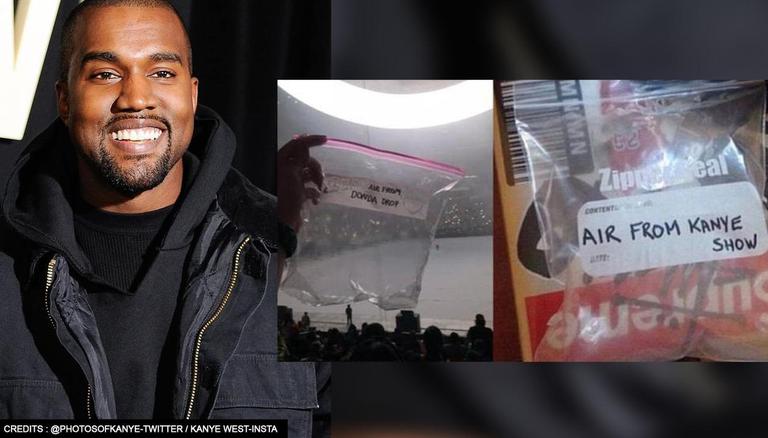 
In a bizarre incident, a small plastic bag has been reportedly sold for $7,600 on eBay. The person who gave this bag for bidding on the site claimed that it has air from the Donda Drop. The seller connected it with American musician Kanye West and wrote that the air in it is from DONDA Drop event site. The airbag was initially priced at $3,330.00 but when the bidding started, the airbag was sold for $7,600.

Bag of air for auction

The person who put this bag on ebay for auction mentioned that the bag is linked with Kanye West. The seller claimed that he went to the Mercedes-Benz stadium of Atlanta to see Kanye West’s concert and has filled the air of that place in the zip bag. The seller took a plastic zip-lock bag and labelled it as "AIR FROM DONDA DROP" on eBay.

The seller set the price at $3,330.00 and waited for the bids to start. A person reportedly purchased the plastic airbag from a recent Kanye West event for a whopping $7,600 on eBay. As per the report, this is not the first time that bags of air from Kanye West concerts have been sold online. The Donda Drop air-bag even comes with a shipping of $4 which means the buyer has to pay some extra amount to get it delivered.

It is worth mentioning that Kanye West, recently performed his highly-anticipated albums, DONDA in Atlanta's Mercedes-Benz Stadium on August 6. The venue was the same place where he gathered his fans two weeks ago to uncover his 10th studio album, Donda. Kanye West has been living inside an Atlanta stadium while working on his new album. Last week, a representative for the performer on the condition of anonymity told The Associated Press that West planned to remain inside Atlanta's Mercedes-Benz Stadium while working to complete Donda.