Employees at Aquila refused to let a woman into the restaurant because her saree did not meet 'smart casual' dress code, the video of the incident went viral 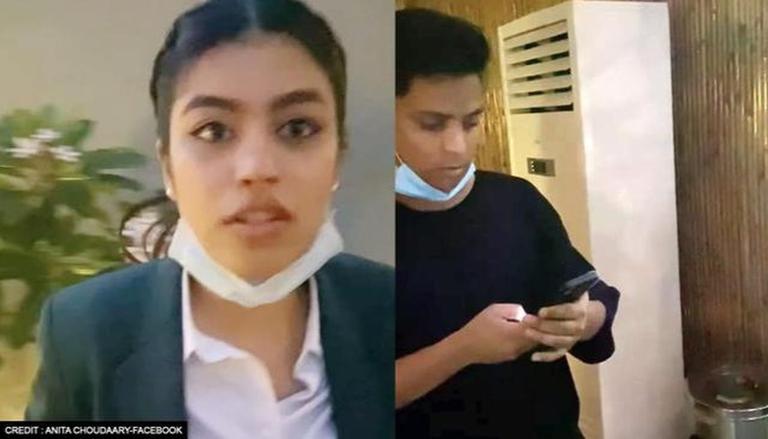 
Saree is a national dress for ladies in India, but a restaurant in a South Delhi mall refused to serve a woman wearing an Indian ensemble. Employees at Aquila refused to let a woman inside the restaurant because her traditional attire did not meet the 'smart casual' dress code, according to a video of the incident that has now gone viral.

Journalist Anita Chaudhry was so taken aback by the occurrence and she posted a video of it on Facebook with the statement, "Listen attentively to this video as there is a restaurant in Delhi, where a saree is not a decent costume."

"Many excuses were provided against the saree after that, but I was denied entry to the restaurant since the saree is not a smart outfit in our India, Bharat, Hindustan," the caption stated. “The humiliation that occurred yesterday as a result of my saree was bigger and more heart-wrenching than any other insult that I have endured before,” she added.

Anita posted the video on her YouTube account as well. Anita on the video-sharing site said, "I am married. I was married in a saree. I have two daughters and my family and I love it when I wear a saree. I am a saree-loving person. I love Indian attires, I love Indian culture. I believe saree is a most elegant, fashionable and pretty attire."

Moreover, Anita cited that some parts of India do not see saree as a 'smart-wear'. "I ask Prime Minister, Home Minister, Delhi CM, Delhi Police and National Commission of Women to tell me the concrete meaning of ‘smart outfit’ so that I can stop wearing a saree," she added. Following that, Rekha Sharma of Chairman of the National Commission for Women (NCW) took matters into her own hands and spoke out against the uncalled-for incident.

The Delhi restaurant, on the other hand, has issued a statement in response to the incident on Wednesday. Aquila responded to the controversy by posting a clarification on their Instagram account. Aquila claims to be a native company that values the Indian culture and has always welcomed customers dressed in a variety of styles, from modern to traditional.

The restaurant further added, "A guest visited the restaurant and was politely requested to wait at the gate as there was no reservation under her name. However, while we discussed internally where we could seat them, the guest entered the restaurant and began to fight and abuse our staff. What unfolded after was beyond our imagination, with the guest slapping our manager."

“We believe in utmost transparency and are hence attaching snippets of people who have visited our restaurant in a traditional dress code previously,” the restaurant claimed in a statement.