Space X and Tesla CEO Elon Musk recently expressed his fondness for Dogecoin as he said that he now wants a Shiba Inu puppy. 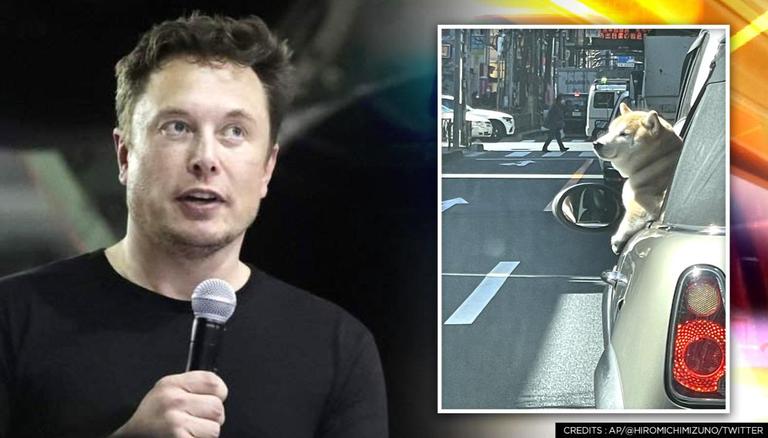 
Everyone is aware of Space X and Tesla CEO Elon Musk's fondness for Dogecoin. However, he recently said that he now wants a Shiba Inu puppy. This is the breed of dog on which the cryptocurrency is based on. Musk expressed himself by replying to a Twitter user named Hiro Mizuno who tweeted about owning Shiba dogs. “I’m looking for a shiba pup!”replied Musk on Mizuno’s tweet.

Mizuno’s tweet talked about if investors wanted to trade Shiba coins for a short term. “But don’t even think of doing the same with Shiba dogs”, wrote the Twitter user. He further mentioned that once a person adopts the breed, then it must be kept well throughout their lives. “They are lovely creatures and friends of human.  - A Shiba seeking for fresh air on Tokyo street”, read the Tweet. With this he shared an image of the dog lurking out of the car window. Not only this but the Twitter user also gave a witty reply when Musk expressed himself. Let’s have a look.

I’m looking for a shiba pup!

Why not adopt a pup on your visit to Japan, their original home ?
Bring him/her back to Texas with you! pic.twitter.com/ZGzGdwW5gl

Musk, who had previously called himself the “CEO of Dogecoin” spiked the prices of the meme token as investors ramped up the active trading pushing the coin’s value beyond the $0.1 resistance to $0.130080 in the month of April. Elon Musk managed to influence the market contributing to Dogecoin’s 25 per cent surge in value since last year after he tweeted, "Bitcoin is almost as bs as fiat money,” referring to an inorganic currency whose value is based on public trusts, such as Dollar, the British Pound, INR, etc. he then fired another tweet that caused a ripple, “One word: Doge". He also, at one point changed his Twitter bio to "Former CEO of Dogecoin,” which immediately shot the market value of DOGE by 17 perc ent, up from 0.0039 to 0.0046 dollars.

DOGE cryptocurrency was created from Litecoin after the Internet meme “doge” popularized, which featured Shiba Inu breed pooch known as ‘Cheems'. At the time the token was created, last year in July,  Dogecoin ranked 41st among the top decentralized financial tokens (DeFi) according to the CoinMarketCap data. Looking at Musk's recent interaction with Mizuno, netizens took over the comment section.

The pictures of X with the Shiba Inu pup are going to be adorable!

Can’t wait to see this pup, it will surely break the internet!

Wondering if you’re thinking of a boy or girl, and if you have a name you’re keen on?

Anyway hope this dog brings you and your family joy — Dogs rock!

They are so cute!! 😅 pic.twitter.com/YptWVK4Q3T