SpaceX chief, tech billionaire and crypto currency enthusiast Elon Musk recently revealed another secret about himself- that he is fan of 'Lord of the Rings'. 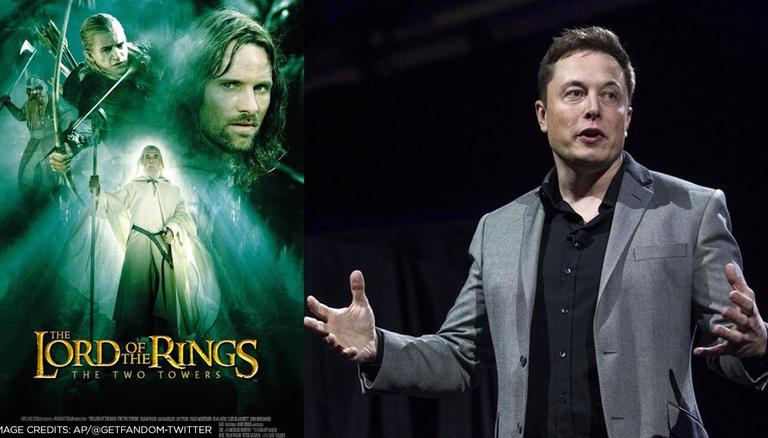 
SpaceX chief, tech billionaire and crypto currency enthusiast Elon Musk recently revealed another secret about himself- that he is a Lord of the Rings fan. Taking to Twitter, he shared a quote from J.R.R Tolkien’s epic fantasy trilogy which described a scene from London in May, 1910. “Nine rings for mortal men,” he wrote alongside the post.

The Lord of the Rings is a series of three epic fantasy novels written by J. R. R. Tolkien. Sequel to The Hobbit, the trilogy has been adapted for films and television and has a huge fan base globally. The same was evident with Musk’s post which garnered over 31 thousand likes and 2,575 retweets in just a few hours. Many users also flocked in to speculate if it was a cryptic tweet about a future project.

The Guns of August pic.twitter.com/m7J2sJVNIT

Translated from the Hebrew "Elon" meaning Oak Tree, and "Musk" as a scent. Your name in elvish script. "Oak Tree Scent" The first word similar to a general term for Dwarf if capitalized, "norno ornë olmë" pic.twitter.com/ivSclhFXWL

I think you are in danger Elon and trying to tell us something but you can’t , correct ??

I want to play basketball with you and then we can wear rings on our toes pic.twitter.com/TFZJ6wliAW

Just recently, the Tesla CEO bowled over his fans with his latest ‘unusual’ announcement about the launch of a humanoid robot, called the Tesla Bot, which the futuristic entrepreneur, known for several of his tech and space accomplishments, says will "eliminate dangerous, repetitive, and boring tasks.” Likely to launch next year, 2022, the 125 pounds and 5ft 8inch measuring humanoid bot prototype was unveiled in a white skintight suit with glossy black colour head and the Tesla logo designed on its chest in EV car manufacturer’s signature sleek design approach.

Since unveiled, Musk’s humanoid robot has gained scads of commentary, as well as trolls comparing the machine with Autobots from the popular Hollywood flicks such as I, Robot (or, heaven forbid, The Terminator) that feature creepy human-designed robotic AI machines. Musk announced the upcoming launch of the "Tesla bot” expected next year Thursday evening at the company's AI Day event. Internet was bombarded with memes as fans compared Musk’s bot with C3-PO featured in Star Wars, Iron Man, and Baymax from Big Hero 6. It is being speculated that the machine might be customizable and can be made to wear a supreme box logo, Travis Scott Jordan 1s, or an iced-out Rolex. It is unclear if there will be more colours available.