An 81-year-old former Marine, Dan Donovan, used his grandfather’s antique Irish walking stick to chase off and beat away three thieves that broke into his house

An 81-year-old former Marine, Dan Donovan, used his grandfather’s antique Irish walking stick to chase off and beat away three thieves that broke into his house, where he lives with his wife Barbara Donovan. The incident took place on November 4 when a man wearing a reflective vest and mask entered their house as a utility worker to check the fuse box. The visitor was carrying something that looked like tools and he said that he wanted to check the fuse box due to the recent fire in the area. 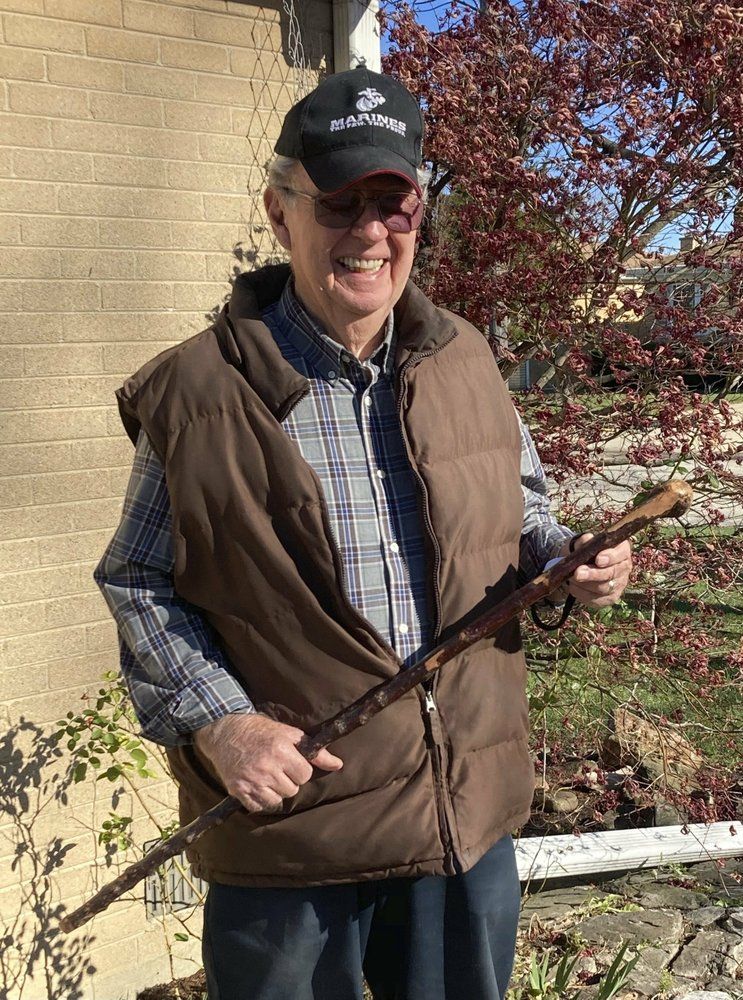 (Dan and Barbara Donovan of Niles say they were targeted by intruders when a man claiming to be a ComEd employee came to their home, Tuesday, Nov. 17, 2020 in Niles, Ill. Donovan, an 81-year-old former Marine from suburban Chicago used his grandfather's antique Irish walking stick to chase off three burglars and deliver one a thump in the head for his trouble. Image Credits: AP)

The couple had received a letter from the electric company just a day before, therefore, he let him in. The letter that they had received indicated on how work would continue in the area and might include power outages as well. Soon, the man sent the couple into the basement and let two other people into the house. Barbara told AP that while they were with the man who was looking at the circuit board, she heard floorboards upstairs and sensed that something was not right. This is when Barbara became suspicious and told her husband Dan. She said, “I yelled, ’Danny! Somebody’s in our bedroom!”.

As the couples reached upstairs, along with the utility worker, there were two men, one of which was holding a pillowcase from their bedroom and. Dan told AP, “I was trying to find some type of persuasive weapon”. He added, “So I picked up the Irish shillelagh and that turned out to be the equalizer because I managed to chase them out of the house”. Dan taught three of them a very good lesson as he struck the man with the pillowcase in the back of the head. He kept hitting the men’s SUV until they left the place.

Read: Illinois To Close Museums, Casinos Due To Virus