A Kolkata court on Thursday said the marriage between actor-turned-politician Nusrat Jahan and businessman Nikhil Jain is 'not legally valid'. 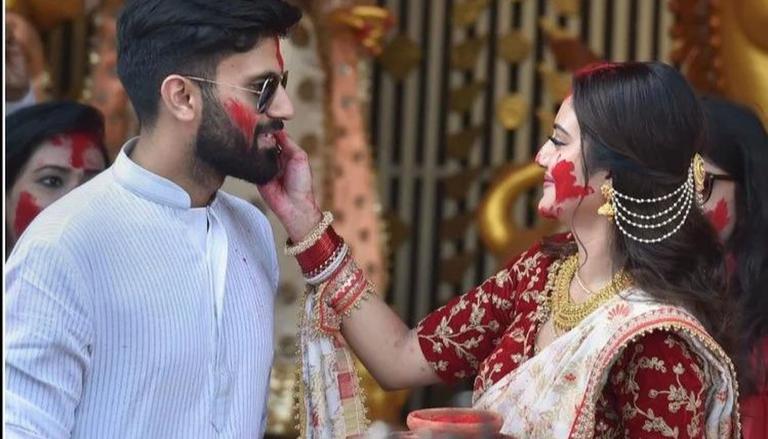 
A Kolkata court on Thursday declared that the marriage between actor-turned-politician Nusrat Jahan and businessman Nikhil Jain is 'not legally valid'. After a year-long relationship with Nikhil Jain, Nusrat Jahan got married to him in June 2019 in the picturesque town of Bodrum in Turkey and had celebrated a wedding party with relatives and close friends following both Western and Indian style and rituals of Hindu marriage.

However, months thereafter, the equation between Nikhil Jain and Nusrat Jahan changed, and the duo parted ways. Nusrat Jahan is now married to actor Yash Dasgupta, and the couple together has a two-month-old son named Yishaan.

Taking cognizance of the suit filed by Nikhil Jain with respect to his relation with Nusrat Jahan, the court said that the duo got married in Turkey and the interfaith marriage was not registered in India. "It is declared that the alleged marriage held on 19/06/2019 at Bodrum, Turkey in between the plaintiff and the defendant is not legally valid," Civil Judge S Roy of 2nd court, Alipore added.

The marriage of actor-politician Nusrat Jahan and Nikhil Jain is 'not legally valid', rules a court in Kolkata pic.twitter.com/sE0fQl01LS

In a social media post, Nusrat Jahan earlier this year asserted, "Being on foreign land, as per Turkish Marriage Regulation, the ceremony is invalid. Moreover, since it was an interfaith marriage, it requires validation under the Special Marriage Act in India, which did not happen. As per the court of law, it is not a Marriage, but a relationship or a live-in relationship. Thus, the question of divorce does not arise." Thereafter, Nikhil Jain had slammed Nusrat’s statement calling their marriage 'invalid' stating that they lived together as 'husband and wife' since their union in 2019, but despite his 'best of efforts', her attitude towards him changed within a year.

BJP parliamentarian Sanghamitra Maurya had slammed Nusrat for providing misleading information about her marital status in her affidavit of the Lok Sabha elections of 2019, where she had declared herself to be legally married. In retaliation, TMC had said that it was Nusrat's personal matter, and had warned the BJP against the politicisation of it. The Mamata Banerjee-led party had also said that they had informed the Lok Sabha Secretariat and other departments concerned that her marriage annulment proceedings were in court.