YouTuber and influencer 'Beer Biceps' Ranveer Allahbadia recently sparked a slew of negative comments after he suggested a certain way for females to dress. 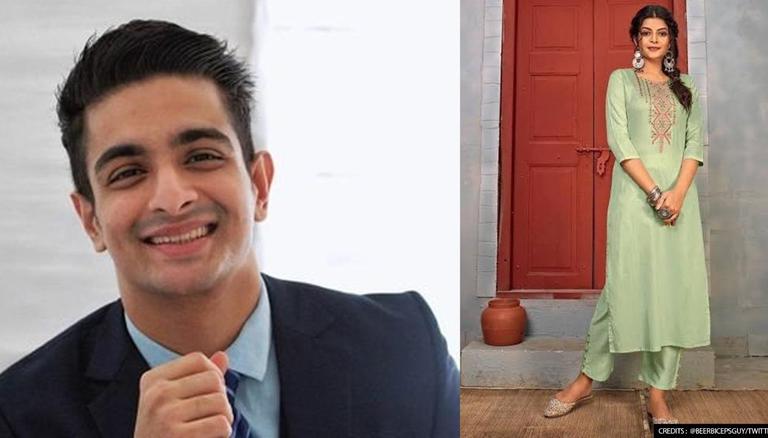 
YouTuber and internet personality Ranveer Allahbadia, popularly known as 'Beer Biceps' recently sparked a slew of negative comments after he suggested a certain way for females to dress if they wanted to become “100x more attractive”. In a tweet, Allahabadia reckoned that any girl would become a hundred times more attractive if she dons a long Kurti paired with big earrings. In a subsequent tweet, he also shared a picture of a woman wearing an olive green kurti and metaliic earrings to depict the vibe.

Any girl becomes a 100x more attractive in a long kurti paired with those big earrings.

Life hack that brings all guys to their knees 🙏🏼

“Lifehack that brings all guys to their knees,” he wrote. Soon after the Tweet surfaced online, it triggered outrage. Regardless of the gender, people flocked in to call out the influencer for “misogynist” comments. The suggestion, which reflected upon the “casual locker-room sexism”, was declared a total waste of time and energy. "You become 1000x times more attractive when you keep quiet. Go hustle," commented a user. "21st centuries modern, evolved, sweet misogyny," added another.

you and Mukesh ambani had the same 10 seconds and you wrote this tweet with that 10 seconds. so sad

And whoever tf you are to tell girls that in what clothes they can be attractive pic.twitter.com/hLi0aOmm64

Read this to discover the secret of female beautyhttps://t.co/nCMd5kojoK

You are 100% right... Here i got you your soul mate. pic.twitter.com/iJF1hEFuXI

the audacity to add a picture also UGH

Who is Beer Biceps?

Ranveer Allahbadia aka Beer Biceps is a popular influencer and YouTuber famous for his podcast The Ranveer Show which is one of the leading podcasts in India. Recently, the audio streaming platform Spotify signed an exclusive deal with Ranveer. His popular podcast show will only stream on Spotify as per the deal, making him the first independent creator from India to be associated with the platform through its Exclusive podcasts.

Ranveer Allahbadia has touched a plethora of topics like career guidance, fitness tips, lifestyle choices, and even deep topics like the mystery around parallel universes and many more through his show. Ranveer has also managed to interview influential personalities from India as well as global celebrities in the past two years. So far, prolific celebrities like Andre Agassi, Ayushmann Khurana, Arnold Schwarzenegger, Saif Ali Khan, Sudha Murthy, AR Rahman, Abhishek Bachchan, Gaur Gopal Das, Priyanka Chopra Jonas, Ronnie Scerwvala, Jay Shetty, Australian cricketers Brett Lee and Glenn McGrath are among popular faces who have featured in the show.