Convention on Conservation of Migratory Species of Wild Animals (CMS) is an environmental treaty under the UN Environment that addresses the global challenge.

World Migratory Bird Day (WMBD) which is marked on May 9 every year, is a global campaign dedicated to raising awareness of migratory birds and the need for international cooperation to conserve them. This year the theme of World Migratory Bird Day is “Birds Connect Our World” and was chosen to highlight the importance of conserving and restoring the ecological connectivity and integrity of ecosystems that support the natural cycles that are essential for the survival and well-being of migratory birds.

2018 marked an important transition year in the history of WMBD. It successfully unified the planet’s major migratory bird routes, or flyways: the African-Eurasian flyway, the East Asian-Australasian flyway, and the Americas flyways. The theme for WMBD 2019 was "Protect Birds: Be the Solution to Plastic Pollution!"

Convention on the Conservation of Migratory Species of Wild Animals (CMS) is an environmental treaty under the aegis of the UN Environment that addresses the global challenge.

CMS brings together countries and the wider international conservation community to achieve coordinated conservation and management of migratory animals (amongst other birds) throughout their entire distribution ranges. To better conserve the migratory species, they have been broadly classified into three: Waterbirds, Landbirds, Birds of Prey, also known as Raptors.

Here is a look at the migratory birds that visit India:

Siberian Cranes are snowy white color birds and migrate during winter to India. These cranes are omnivorous and breed in the arctic tundra of Russia and Siberia. Siberian Cranes or snow cranes are critically endangered species of migratory birds whose eastern populations migrate during winter to China while the western population winters migrate to Bharatpur, India. Among the cranes, they make the longest distance migrations.

Greater Flamingo is the largest of all species of the flamingo family, found in the Indian subcontinent. The migratory bird found in parts of Nal Sarovar Bird Sanctuary, Khijadiya Bird Sanctuary, Flamingo City and in the Thol Bird Sanctuary of Gujarat during the entire winter season. A large number of migratory Flamingo birds have visited during April at the creek in Navi Mumbai. Watch the enchanting visuals below: 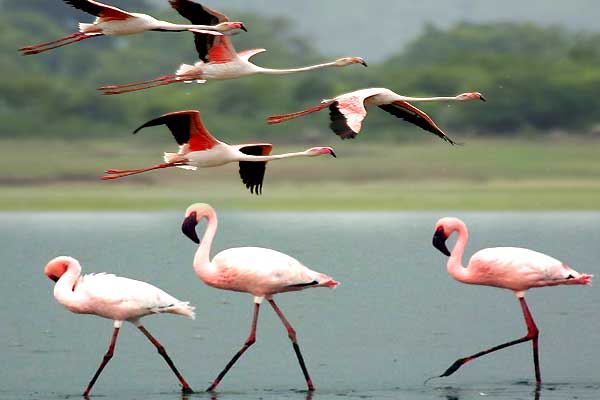 Demoiselle cranes are migratory birds and spend the winter in the Indian subcontinent. These cranes are the smallest species of crane lives in a variety of different environments, including desert areas of Rajasthan. 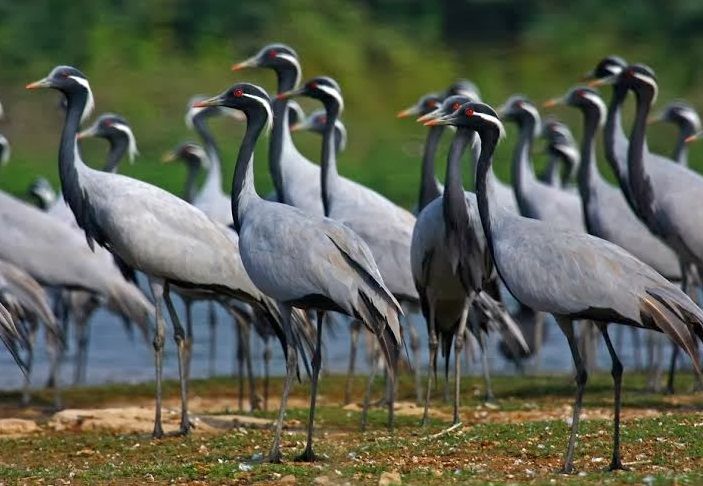 Amur falcons are small raptors that breed in Siberia and migrate to Southern Africa. During migration in large flocks across North East India and over the Arabian sea, they feed around Doyang Lake in Nagaland in the evening or early in the morning during the winter season. 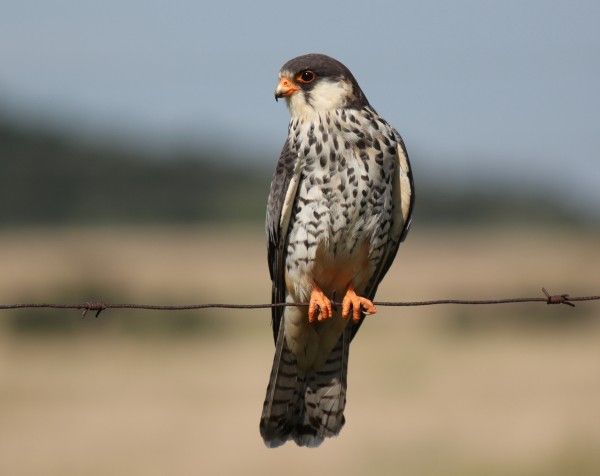 Bluethroat is a small brightly colored passerine bird from thrush family and winters in north Africa and the Indian subcontinent. Keoladeo National Park of Bharatpur in Rajasthan is one of the best places to spot migratory birds coming to India in the winter season. 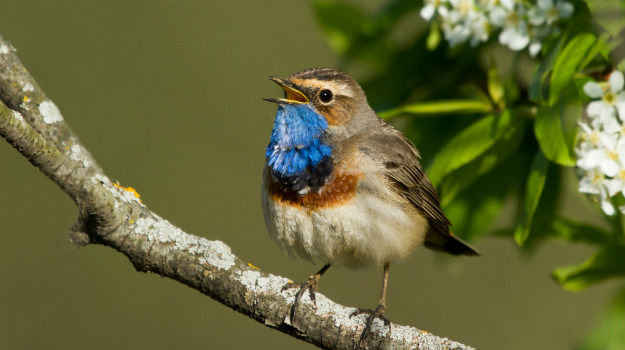