After approaching quickly toward the board, the video shows that a huge yellow sea snake placed its head on the paddle after getting too nearby. Watch video. 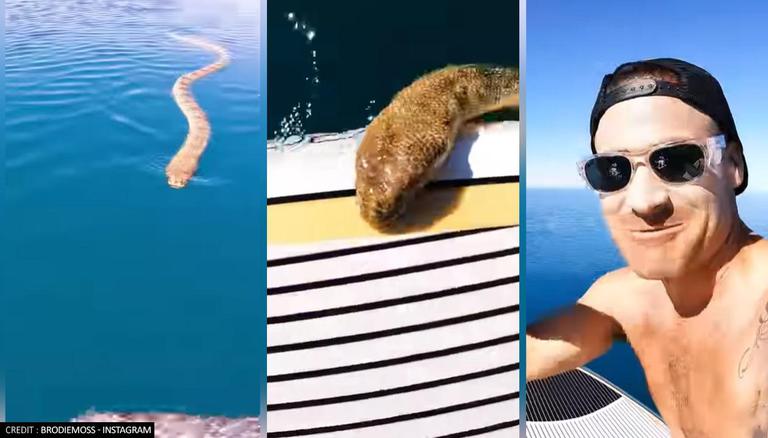 
An interesting event has been witnessed recently on the social media platform when a man went paddleboarding and came face to face with a sea snake. The video was recorded and posted by Brodie Moss. He is a famous YouTuber and posted this video on Instagram and his YouTube channel. While he was engaged in the water sport in the deep-sea water, he saw a huge snake swimming towards him. After approaching quickly toward the board, the video shows that the huge yellow sea snake placed its head on the paddle after getting too nearby. At the end of the video, the snake again disappeared inside the water.

In his official Instagram account, he uploaded the video along with the caption, “sea snakes normally avoid humans but this time of year they become very active, sexually frustrated and potentially aggressive as they search for a mate like this old fella who appeared from the ocean floor and followed me around on my paddleboard before disappearing”

Take a look at the interesting sea snake video:

The video has been viewed more than 729 times and received over 70,000 likes. Several Instagram users have expressed surprise and shock in the comment section. One of the users has written, “How lucky you were to have such a great encounter @brodiemoss Have you any idea which species it is? Tks for sharing and being so kind with this buddy”, while another has said, “When U see those, you gotta run... Most of the sea snakes have highly potent and venomous venom in the world.” Many have written, “Crazy lol”, “wow”, “omg”. Many have even compared him with Steve Irwin. 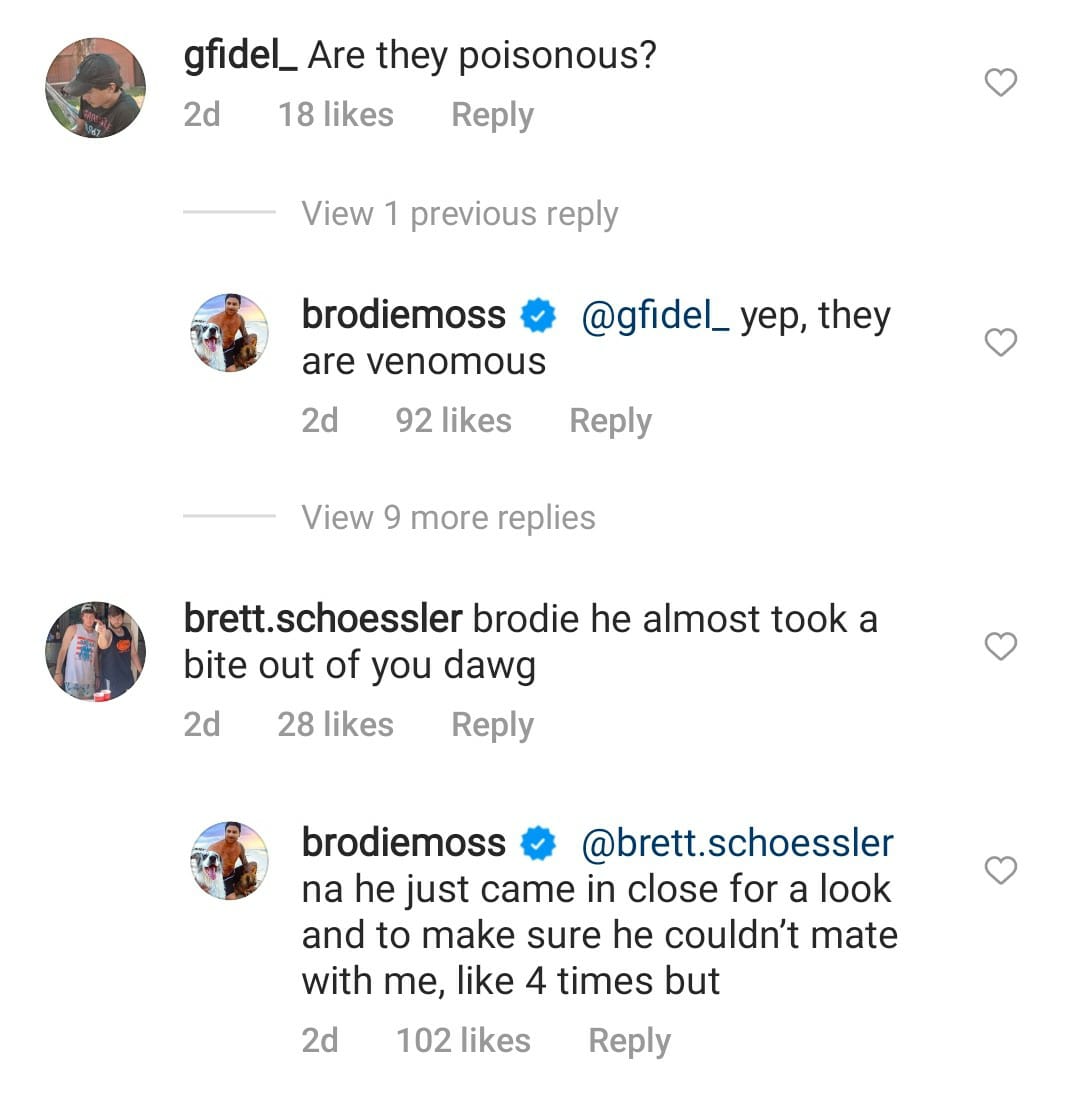 Brodie Moss spends a lot of time on the water doing boat camping, fishing, and paddleboarding. In his YouTube channel, he shares a lot about his other encounters with sea creatures.

Sea snakes spend the majority of their lives in or near water. The majority are poisonous and feed nearly entirely on fish eggs. Sea snakes, with a few exceptions, have evolved to live entirely in the water and have zero mobility strength on land. They live in warm coastal seas from the Indian Ocean to the Pacific Ocean, and they are tightly connected to Australia's poisonous land snakes. Sea snakes have paddle-like tails, and several are resembled as eel, due to their laterally compressed anatomy. They lack gills and should emerge to the surface to breathe on a regular basis, unlike fish.