Fact check: A number of social media users were claiming that NASA has added a new zodiac sign, but the claims since then have been proven false. 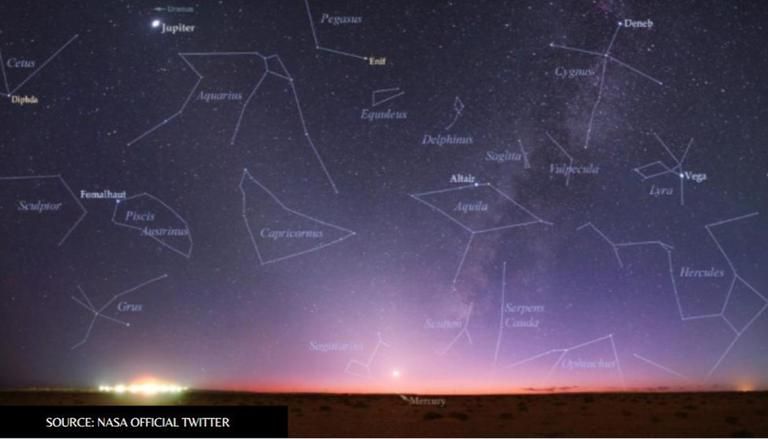 This won't be the first time NASA has been associated with discovering the 13th zodiac sign. For some years, a recurring theme of fake news doing the rounds on the internet which claim that NASA has found a new zodiac sign. Like every year, NASA has come forward and cleared the air around the same. 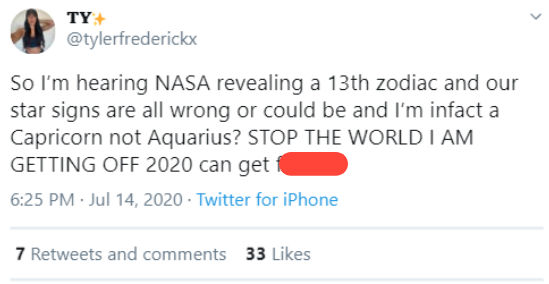 "The constellations are different sizes and shapes, so the sun spends different lengths of time lined up with each one. The line from Earth through the sun points to Virgo for 45 days, but it points to Scorpius for only 7 days.  To make a tidy match with their 12-month calendar, the Babylonians ignored the fact that the sun actually moves through 13 constellations, not 12. Then they assigned each of those 12 constellations equal amounts of time.

So, we didn’t change any zodiac signs…we just did the math."

👀 We see your comments about a zodiac story that re-emerges every few years. No, we did not change the zodiac.

When the Babylonians invented the constellations 3,000 years ago, they chose to leave out a 13th sign. So, we did the math: https://t.co/DQOs5VSjT7 pic.twitter.com/WlblguobGT

The rumours started doing the rounds on the internet when it was claimed by many netizens that the 13th zodiac sign, named 'Ophiuchus' or the serpent bearer has been discovered. According to the rumours, anyone born between November 29 to December 17 would neither be a Scorpio or a Sagittarius but an 'Ophiuchus'. Scorpio's window was cut down to seven days, which was later addressed by NASA in their blogpost, excerpts of which are stated above.

The blog post was originally written back in 2016 but the claims of NASA finding the 13th zodiac sign has been circulating for a long time. In conclusion, a new zodiac sign has not been discovered by NASA. The space research organisation, in their blog post, explained the difference between astronomy and astrology. The Ophiuchus is not a new constellation altogether but a rather forgotten one.

As the rumours about NASA adding a new star sign started doing the rounds on the internet. A number of users took to Google and searched to find the truth. This resulted in a surge of search results around topics like 'NASA new star signs', 'NASA star sign change' and more. Check out Google Trends Analysis below - 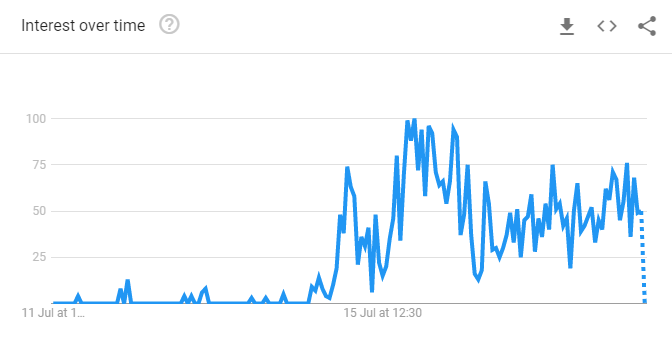 WE RECOMMEND
Fact check: Has COVID-19 sensor been 'inserted' in every phone?
Fact check: Did The Ellen DeGeneres Show get cancelled due to Ellen's erratic behaviour?
Fact check: Donald Trump claims US deaths from Coronavirus are down by 39%
Fact Check: Is viral Whatsapp forward on new Mumbai Lockdown rules true?
Fact Check: Did a student from Pondicherry find COVID-19 home remedy?