NASA, today, shared a throwback Diwali picture, demonstrating how our country looked from space in the night when India was celebrating the festival in 2012. 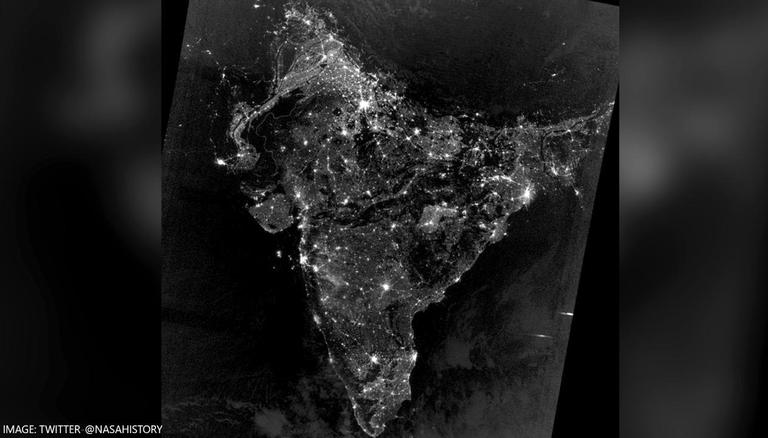 
It is Friday, November 5, and India is trying to get over the Diwali celebrations that made the entire country glow with grace yesterday. While the country is still recovering from the post-Diwali hangover, NASA shared a throwback picture this morning, demonstrating how our country looks from space in the night when we light the diyas (earthen lamps). As per NASA's description, the image was snapped in 2012 by the Visible Infrared Imaging Radiometer Suite (VIIRS) camera equipped on the Suomi NPP satellite, offering a stunning view of the South-Eastern nation.

In a picture posted by NASA History Office, it revealed the details of the image taken in infrared on the night of November 12, 2012.

This photo was taken by @NASA's Suomi NPP satellite on Diwali in 2012, capturing an infrared view of South Asia on the evening of the holiday.

Learn more about how this image was taken: https://t.co/TjT4WH2Cxb pic.twitter.com/6SKW91JlxM

Here's how NASA captured the image

As the VIIRS camera's full name suggests, it captured the image in infrared during the night. According to NASA, the image is based on data collected by the VIIRS “day-night band”, which detects light in a range of wavelengths from green to near-infrared. Since there is no shortage of multicoloured light during Diwali, the camera was easily able to pick up the lights having longer wavelengths. However, the image has been brightened to make the city lights easier to distinguish, says NASA.

This majestic image should not be mistaken for the one that circulates on social media every Diwali. For those brainstorming to remember the fake picture, take a look at the example below.

Diwali is incomplete without sharing this picture of India shared by NASA.#HappyDiwali pic.twitter.com/oI1pSHPQ4s

The above image has nothing to do with the festival of lights, rather it is a colour-composite image created in 2003 by NOAA scientist Chris Elvidge to highlight population growth over time. White areas in the image show city lights that were visible prior to 1992, while blue, green, and red shades indicate city lights that became visible in 1992, 1998, and 2003 respectively.

But the agency did make the Indians happy as it shared another glittering picture of the universe and wished "all those who celebrate".

✨ Happy #Diwali to all who celebrate! This stellar festival of lights, called a globular cluster, was captured by @NASAHubble. It contains a densely-packed collection of colorful stars close to the heart of the Milky Way: https://t.co/0JGYRhvl4x pic.twitter.com/g4MLMxNkkK