The Delhi government has released a final notification on Friday which includes all the rules and exemptions about the odd-even rule. Read the full notification

The odd-even scheme in the national capital is all set to make a comeback from November 4 due to increased pollution. Reintroducing the odd-even car rationing scheme will help to reduce air pollution in the capital, said Delhi Chief Minister Arvind Kejriwal. The Delhi government has released a final notification on Friday which includes all the rules and exemptions about the odd-even rule.

Here are the full details: 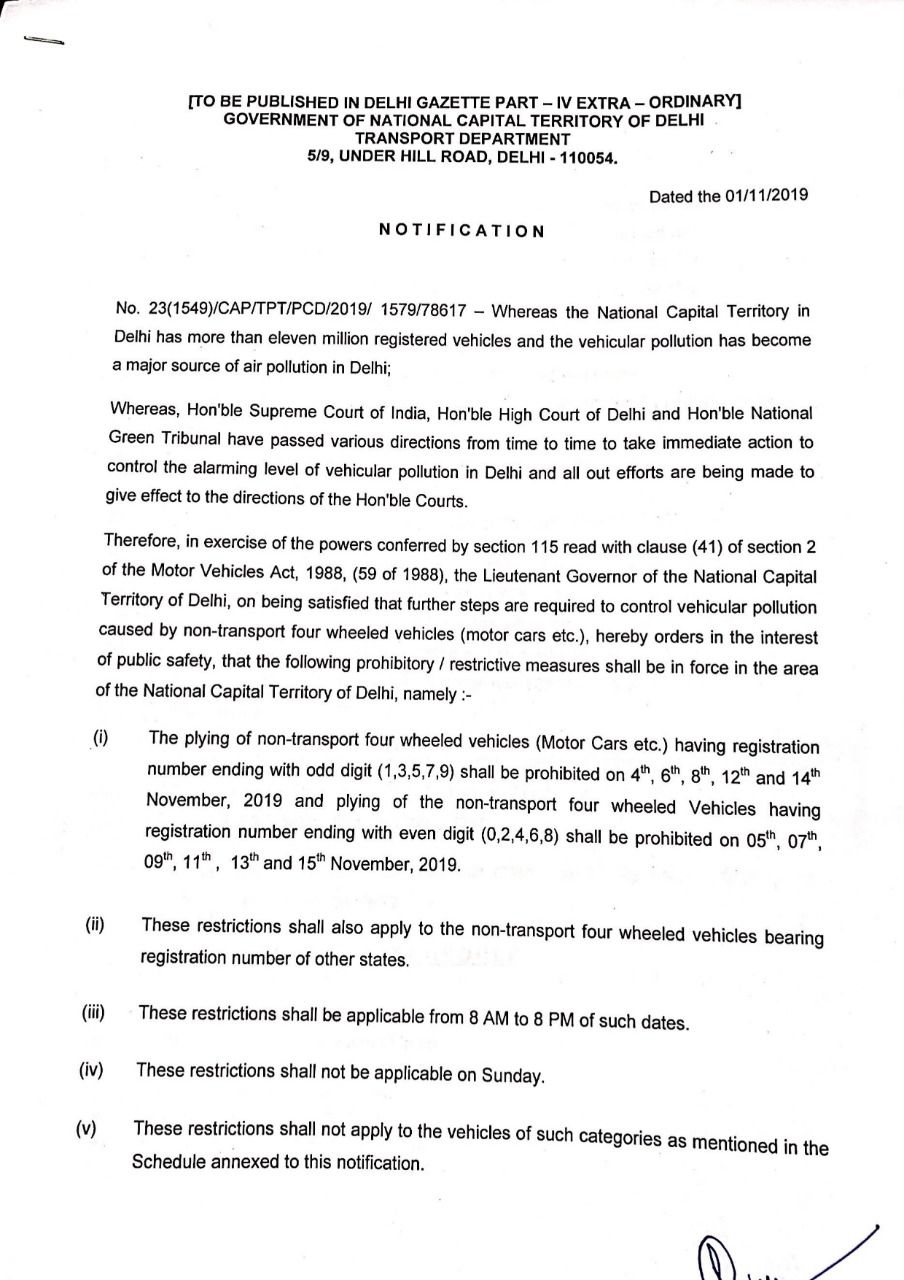 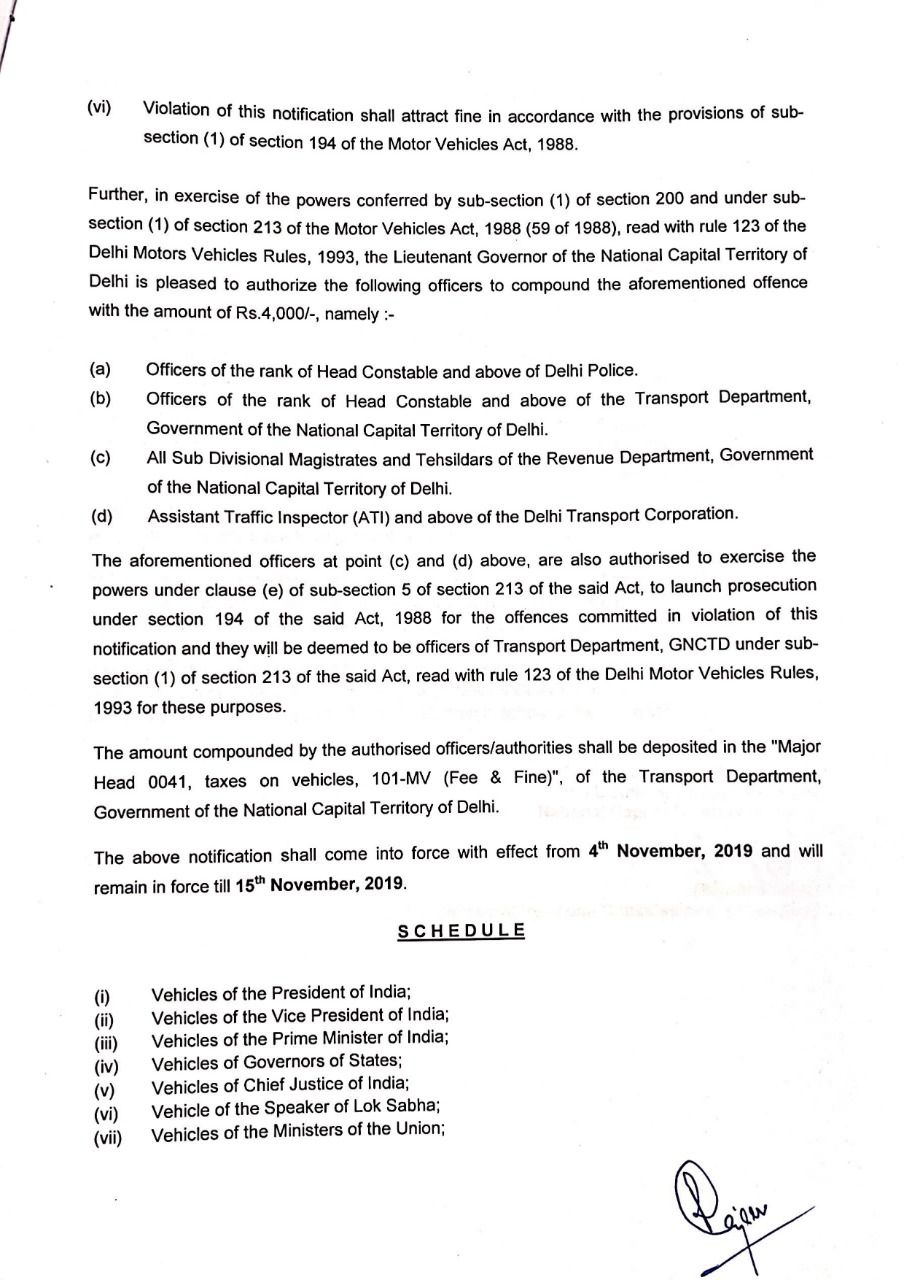 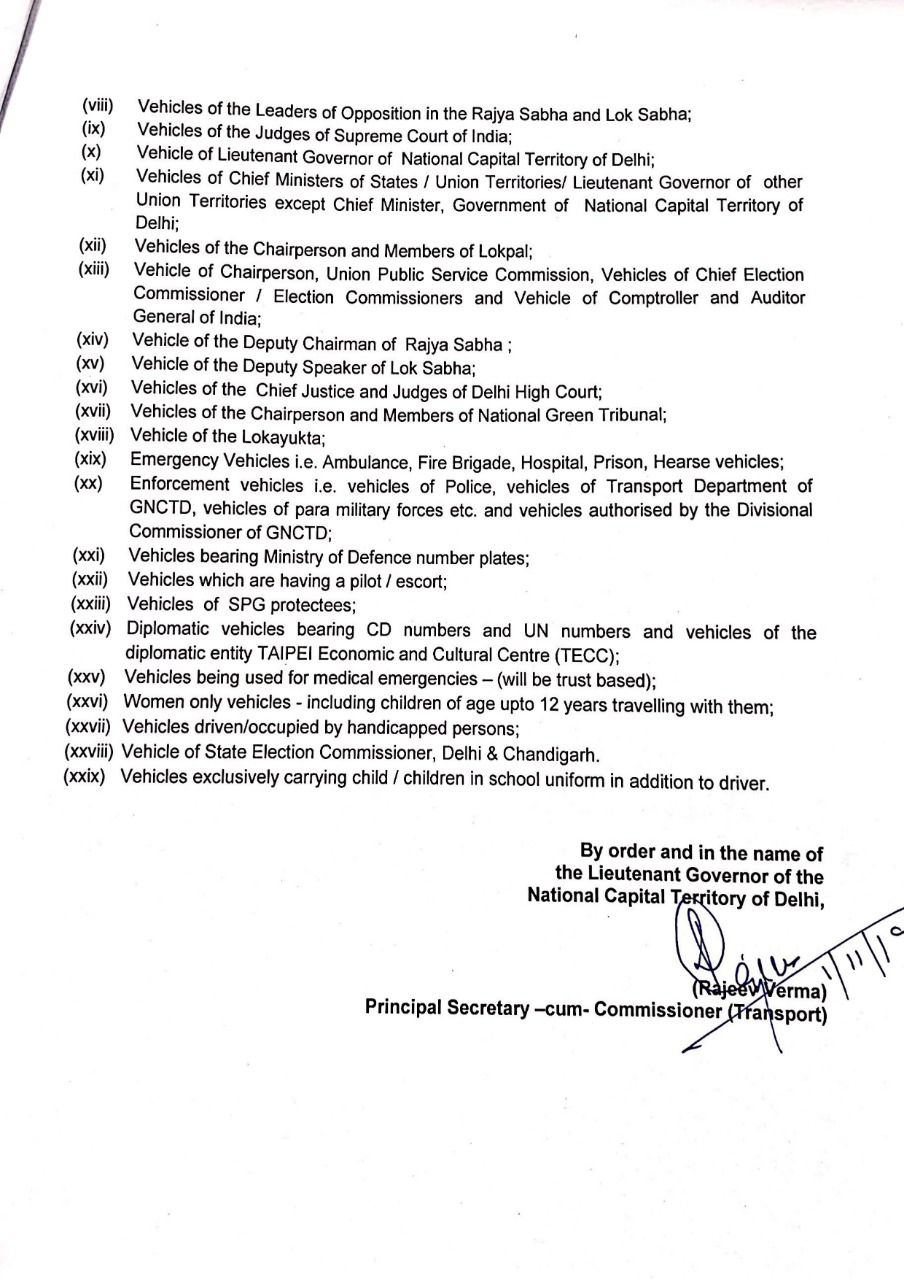 A Supreme Court-mandated panel on Friday declared a public health emergency in the Delhi-NCR region and banned construction activity till November 5. As pollution levels in the region entered the "severe-plus" category, the Environment Pollution (Prevention and Control) Authority also banned the bursting of crackers during the winter season. The air quality in Delhi-NCR deteriorated further Thursday night and is now at the severe-plus level. EPCA chairperson Bhure Lal said in a letter to the chief secretaries of Uttar Pradesh, Haryana and Delhi- "We have to take this as a public health emergency as air pollution will have an adverse health impact on all, particularly our children,"  he said in the letter.

READ | Delhi CM Arvind Kejriwal on pollution: Rome was not built in a day

The blanket of haze over Delhi thickened on Friday morning with the national capital's pollution levels increasing overnight by around 50 points, taking the overall air quality index to 459. A Central Pollution Control Board official said the AQI entered the "severe-plus" or "emergency" category late Thursday night, the first time since January this year. If the air quality persists in the "severe-plus" category for more than 48 hours, emergency measures such as odd-even car rationing scheme, banning entry of trucks, construction activities and shutting down schools are taken under the Graded Response Action Plan, the official said.

PEOPLE HAVE PLEDGED SO FAR
Prakash Javadekar slams Arvind Kejriwal over Delhi pollution
Has the Delhi Government declared a holiday on Chhath Puja? Find out
Rohit Sharma speaks on Delhi smog, says 'will assess the situation'
Dia Mirza 'baffled' at BCCI for hosting Bangladesh T20I in New Delhi
Delhi: Suspicious bag found at Indira Gandhi International Airport
Six-month-old girl injured in gas explosion with her parents
Security tightened amid threat of terrorist attack in Tamil Nadu
BJP functionary hacked to death
DO NOT MISS
OWAISI CHALLENGES ANURAG THAKUR
INDIA DEFEATS AUS IN U19 WC
YOGI: I AM NOT ANTI-MUSLIM
AYUSHMANN ADMITS TO SLIP IN COMMENT
WHY 2020 BUDGET IS THE TOUGHEST ONE
LIFE INSURANCE FOR NRI IN INDIA