The staircase portion of a five-storey building collapsed in Mumbai's Khar area on Tuesday afternoon. No casualties have been reported in the incident so far.

The staircase portion of a five-storey building collapsed in Mumbai's Khar area on Tuesday afternoon. No casualties have been reported in the incident so far and fire department officials have informed that the rescue operations are underway. The building has been identified as Bhole Apartments at 17 Road near Khar Gymkhana, in Khar West.

"No casualty has been reported so far and efforts are underway to clear the debris," a fire brigade official said.

Four fire engines and an ambulance have reportedly reached the spot. Mumbai police and rescue officials along with an NDRF team are also present at the location. 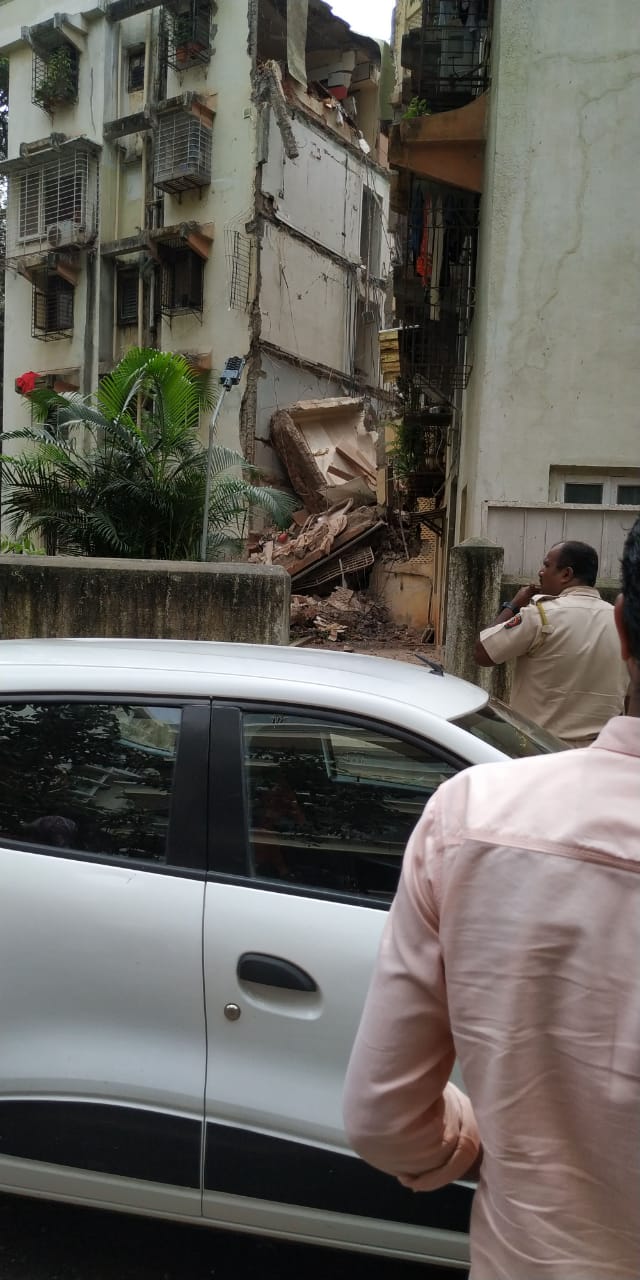 While authorities are yet to identify the cause of the collapse, a few locals revealed that repairs and renovation work were underway in the building before to its collapse.

The local area MLA, Ashish Shelar tweeted on Tuesday afternoon right after the incident and informed that 20 people have been rescued from the building

As per reports, the NDRF, Mumbai Police and the firefighters have rescued a 10-year-old girl from the debris. The girl was identified and immediately taken to a nearby hospital.

The incident of building collapse is not the first one in Mumbai this year, as in a similar incident just 3 days ago, a three-storey building in Mumbai's Crawford market area had collapsed. Earlier in July, the collapse of an old four-storey building at Nishanpada Cross Road in Dongri claimed 14 lives. Following the repeated incidences, the BMC has faced the flak of people across Mumbai.