Speaking to students at IIM Ahmedabad, S Jaishankar said, "The fact that we made our own vaccine has really resonated & garnered us respect across the world." 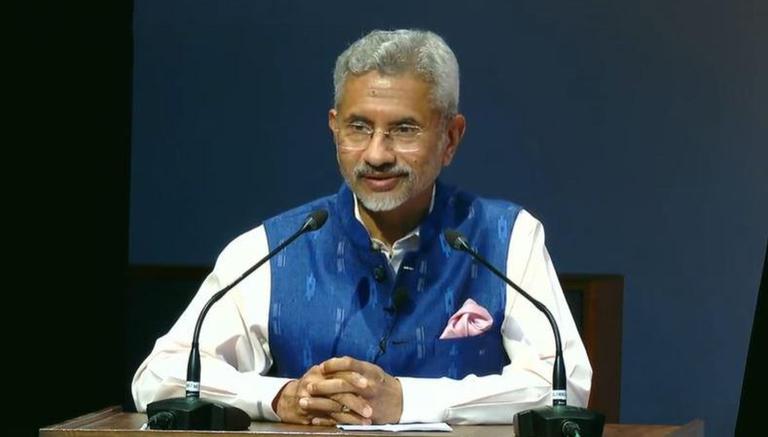 
After India surpassed the United Kingdom to become the fifth-largest economy globally, External Affairs Minister S Jaishankar said on Saturday that the world looks at India's economy with a great deal of respect. Lauding India's vast social transformation, he said the country is poised for economic recovery of 7 to 8 percent.

"India's seen a vast social transformation. We are today poised for an economic recovery of 7-8 percent. The world looks at our economy with a great deal of respect... 800 million people since lockdown till today receive food from the government so we don't have more people dying of starvation than the disease," said EAM Jaishankar.

He made the remarks during an interaction with students of IIM Ahemdabad on various topics about India's foreign policy. Highlighting the indigenous production of COVID-19 vaccines, Jaishankar said, "The fact that we made our own vaccine has really resonated and garnered us respect across the world. Made in India is significantly responsible for upgrading our brand."

The Minister mentioned that Swacch Bharat and toilet building in India caught the world's attention as earlier it was a blot on our image. "The fact that we've constructed 100 million toilets with a visible improvement in sanitation has actually had a big impact abroad," he added.

In the last three months of 2021, India surpassed the United Kingdom to become the world's fifth-largest economy. India increased its lead in the first quarter, according to the IMF's figures. calculated on the basis of US dollars.

The size of the Indian economy in "normal" cash terms for the 3 months ending in March was USD 845.7 billion, on an adjusted basis and using the dollar exchange rate on the last day of the relevant quarter.

Meanwhile, the government of India said that it is expecting the economy to grow at 7-7.5 percent in 2022-23, in line with its projections made at the beginning of this financial year.

Finance Secretary TV Somanathan remarked, "I am not going to make a prediction more accurate than the RBI...But I am saying that today's figure in no way is throwing us off course or what was expected and what we continue to expect. It is fully consistent with that expectation of somewhere in the region of 7-7.5 percent real GDP growth. It is fully consistent with that."