Manish Sisodia said that he saw the Business Blasters programme launched under the directive of the AAP government as seed money for India's economy. 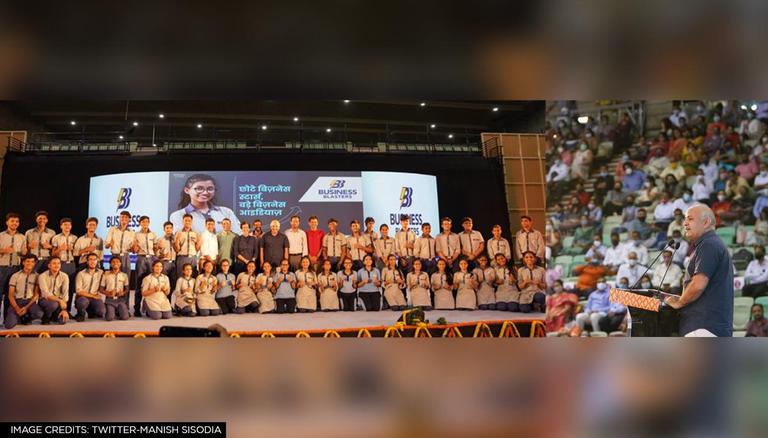 
Deputy Chief Minister of Delhi Manish Sisodia on Thursday, August 9, said that he saw the Business Blasters launched under the directive of the AAP government as 'seed money' for India's economy. Earlier on September 7, the Arvind Kejriwal-led government introduced the 'Business Blasters' project, which will provide monetary aid for entrepreneurial aspirants among students of class 9-12. The programme has been launched under the Entrepreneurship Mindset Curriculum aimed at nurturing and developing young entrepreneurs at the school level.

Manish Sisodia in an interview with PTI on Thursday said that by providing seed money of Rs. 2000 to 3.5 lakh students from govt run schools, the AAP was in turn investing in India's economy by grooming future entrepreneurs. He went on to say that India's dream of a five trillion dollar economy could not be achieved just by talking. He said, " How will we become a five trillion dollar economy? Not just because the Prime Minister said so. For long, we have been taught that India is a developing country and we will have to teach the same to future generations if we don't address the core issue."

About successful return on the investment of the seed money, Sisodia acknowledged the huge risk that the government had taken. He said, ''The new education policy talks about taking risks and even the new age education says that children should be confident. As an education minister, I am ready to take the risk. We are providing Rs 2,000 seed money to children and giving them the freedom to invest it. In case you don't make a profit, you will learn from the failure and in case, you earn a profit, then you will learn entrepreneurship.'' He said that even during the pilot project, carried out among 41 children in a government school in Delhi's Khichripur, few of them made a profit of Rs 650 over the seed money while another group earned a profit of Rs 24,000. ''There will be losses. Someone will incur a loss of Rs 650 and some of Rs 2500,'' he replied.

Sisodia, while speaking on unemployment in the country, claimed that India has 25 crore homeless people and lakhs of civil engineers who were unemployed. He stressed, "You have 18 crore people who sleep without food every day and then you have unemployed youth from food science and agriculture university. We do not have a scarcity of farmland. The only thing missing is the mindset. We are working to create that bridge which is currently missing." Sisodia pointed that the solution for this was to inculcate an entrepreneurial mindset and utilise the talents of these civil engineers for providing shelter to the homeless and thereby, invest in the country's economy.