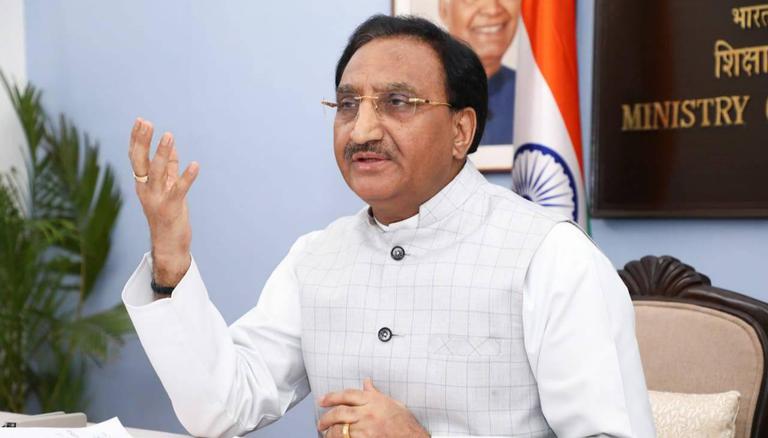 I’m pleased to share that the Gender Parity Index in higher education stands at 1.01 against 1.00 in 2018-19, indicating an improvement in the relative access to higher education for females as compared to males. (1/2) pic.twitter.com/Xg2FobXPDH

Pokhriyal said that in the last five years from 2015-16 to 2019-20, there has been a growth of 11.4% in the student enrolment. The rise in female enrolment in higher education during the period is 18.2%. He emphasized that the continuous focus given by the government under the leadership of Prime Minister Shri Narendra Modi on education of girls, women empowerment and empowerment of socially backward classes are well reflected by the increased participation of women, SCs and STs population in Higher Education as shown by the Report.

READ | UPSC CSE 2020 Interview round to begin on August 2, candidates to get flight ticket fares

The Gross Enrollment Ratio (GER) in higher education is 27.1% in the year 2019-20. I feel delighted to announce the release of the All India Survey on Higher Education 2019-20 report. As you can see, we have improved in GER, Gender parity Index. The number of Institutions of National importance increased 80% (from 75 in 2015 to 135 in 2020), the union education minister Ramesh Pokhriyal Nishank tweeted.

Secretary, Higher Education Shri Amit Khare said that this report is the 10th in the series of All India Survey on Higher Education (AISHE) annually released by D/o Higher Education. The continuous rise in the enrolment, number of institutions, gender parity is a part of our country’s major move towards improving access, equity and quality in light of National Education Policy 2020, he added.