UP 12th Board Exams To Be Canceled? State Education Min Says Decision After Meeting CM

The decision to conduct class XII examination in UP has already been taken by the government, after PM's decision, state will conduct meeting for final call. 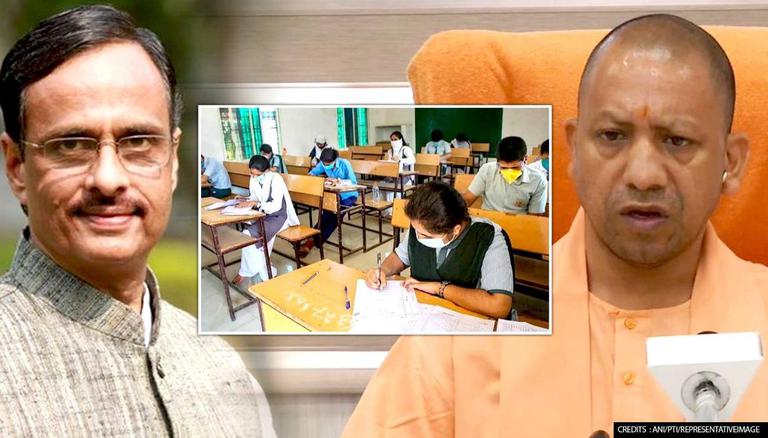 
Welcoming Prime Minister's decision to cancel class 12 examination of Central Board of Secondary Education (CBSE), Uttar Pradesh Education Minister on Tuesday hinted upon changes in state board exams. The secondary education minister, Dinesh Sharma highlighted that so far the decision to conduct class XII examination in UP has already been taken by the government however the final call will be made after meeting with Chief Minister Yogi Adityanath.

According to the education minister, a detailed meeting will be held with the CM on this matter.

"A detailed discussion will be held on this subject after meeting the Chief Minister whether there should be an examination or not," added UP's Deputy Chief Minister Dinesh Sharma.

Marking that cases in UP are decreasing day by day, Sharma said that after Prime Minister's decision, the UP government will also consider bringing an update in the examination of the UP board. The class 12 board examination of UP is scheduled for July without any specific date.

Owing to the pandemic, the state had canceled board's class 10 examination with decision to promote students of classes 6, 7, 8, 9, 10,11. Uttar Pradesh chief minister Yogi Adityanath also hailed the decision taken by the Prime Minister while adding that it was an 'important step for health security of students across the country'.

The Chief Minister had also thanked PM 'on behalf of all the students and parents'.

Deputy Chief Minister Dinesh Sharma also expressed his 'gratitude' towards the decision by the Prime Minister.

On Tuesday, the Government announced cancellation of CBSE Class 12 Board Exams after a high-level meeting chaired by PM Modi and officials. The authorities cited that exams cannot be conducted at a time when the second wave of COVID-19 is prevailing in India. "Students should not be forced to take the exam," PM Modi said after the meeting.

The Prime Minister stressed that the health and safety of our students are of utmost importance and there would be no compromise on this aspect. He said that in today’s time, such exams cannot be the reason to put our youth at risk.

As per the Centre, CBSE class 12 results will be made as per well-defined objective criteria in a time-bound manner. CBSE will devise 3 point plan for students, as part of which average marks of the last three internal exams conducted by schools will be calculated. Also, if some students would want to take the exams, they will get an opportunity to do so, when the situation improves and is deemed to be conducive for conducting exams.