When Will Colleges, Schools Reopen In India? Here's A State-wise Update On Reopening News

Several states have started the COVID-19 unlock process and without any official confirmation, here's what different states have hinted upon for schools. 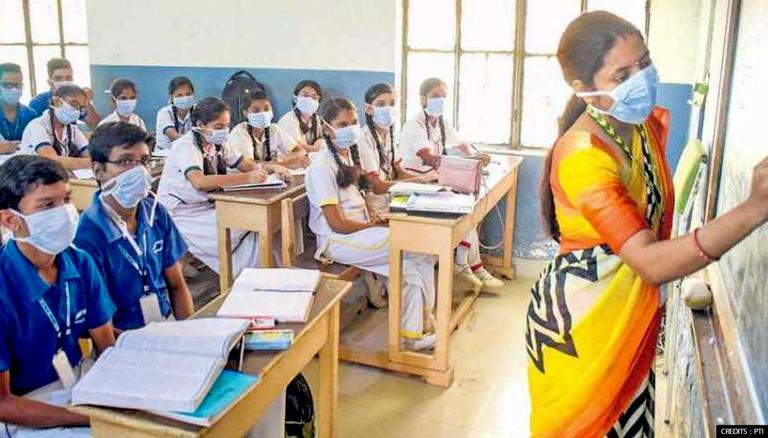 
Amid a decline in fresh COVID-19 cases and positivity rate in India, several states which were under lockdown are preparing to return to normalcy however the question of offline education is still unanswered. Keeping the possible third coronavirus wave in mind with the safety of students state governments are encouraging online classes. After more than a year, the buzz to open schools has started surfacing. In the last two days, the state of Haryana and national capital announced new guidelines with ease in restrictions however no relief has been announced for educational institutions. Meanwhile, colleges in India are shut since April and online classes are witnessed.

Here's the latest information of state-wise decision on the opening of schools:

Chief Minister Arvind Kejriwal addressed a press conference on Sunday allowing almost every activity to function in a restricted manner marking that educational institutions will remain closed. The Delhi Government has been stressing on the protection of children amid the possibility of a third COVID-19 wave and for that s special task force has also been made for ensuring required measures. The earlier plan to open schools included sanitization and social distancing however later the discussion shifted to using schools for vaccination drive.

The schools in Delhi had resumed offline classes for a short period of time and on a voluntary basis for Classes 10 and 12 in January, while for classes 9 and 11, schools were reopened in February. However, it was again shut due to a surge in the number of coronavirus cases.

Deputy Commissioner (DC) Srinagar Mohammad Aijaz Assad on Friday (June 11) said the government would consider reopening schools and further relaxation in ongoing lockdown only after the active cases of COVID-19 come significantly down. Adoption of SOPs is the only way to avoid lockdowns and subsequent restrictions and further appealed to people to be cautious as the situation has become tricky after partial unlocking.

The earlier order from the Uttar Pradesh Government stated that schools in the state will remain closed till May 15 however no further notice has been issued yet. In May, the state government had announced the closure of online classes for classes 1 to 12 amid grim situation of COVID-19. Earlier in March, classes 6-8th, and the primary classes from 1st to 5th had commenced classes however due to the second wave it had to be discontinued.

During the second wave, Maharashtra had been the worst-hit state however now the situation has settled to a certain extent. As per the update on school reopening, the offline classes for students may resume from June 28. The state government had announced summer vacation from May 1 to June 13, amid second wave of virus. The new academic session will start from today (June 14, Monday).

The state was first to announce unlock in June and now that the situation has improved significantly the question of schools reopening has been raised by various stakeholders. Sources suggest that the education department has started taking precautionary measures like sanitization of classrooms is under consideration but currently, classes are taking place virtually.

Reportedly, the state government had asked the education department to take a decision on reopening school however no official declaration has been made till now. The education department had also has sent orders to district education offices to send school-wise data of students and infrastructure. The state has allowed almost every activity to function except for spas and education institutions.