26/11 Attack: 13 Years On, Remembering Bravehearts Who Saved Mumbai From 'night Of Terror'

On this day, 13 years ago, a group of 10 terrorists linked to Lashkar-e-Taiba entered Mumbai on a fishing boat that they hijacked from a port in Karachi 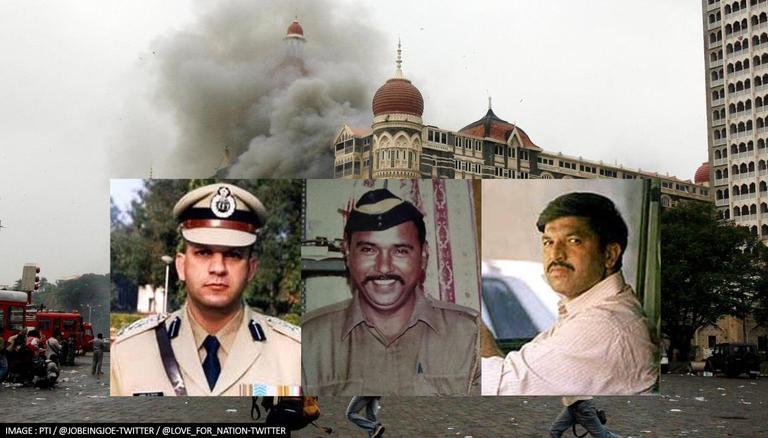 
On this day, 13 years ago, a group of 10 terrorists linked to Lashkar-e-Taiba entered Mumbai on a fishing boat that they hijacked from a port in Karachi. Their aim was simple-to kill as many people as they could. What happened in the aftermath, not only shook the entire nation but also left 166 people dead and another 300 critically injured. However, the impact of the coordinated terrorist attack could have been worse had Mumbai Police and NSG commandos not intervened. Here is the tale of five Bravehearts who laid their lives while protecting Mumbai that night:

On November 26, 2008, Assistant Sub-Inspector (ASI) Tukaram Omble was guarding a checkpoint when terrorists including Ajmal Kasab barged into the area in a hijacked car. After an initial shootout, one of the terrorists died, however, Kasab got out and lay down to pretend surrender. As the 54-year-old approached him, Kasab opened fire from his AK-47. Omble, who was completely unarmed at the moment, did not retreat but instead stood in front of a terrorist’s gun. The sub-inspector took over 40 bullets from the gun to prevent them from hitting others. As the firing continued, his team eventually overpowered Kasab leading to his arrest. Omble was posthumously honoured with the Ashoka Chakra for his extraordinary valour and dedication.

Karkare was leading the Mumbai Anti-Terrorist Squad when the 26/11 attack occurred. The 53-year-old was shot thrice in front of Cama Hospital whilst he was battling the terrorists. He succumbed to his injuries and died. A year after the attack, he was awarded Ashoka Chakra.

Kamte was supervising the eastern region of Mumbai but in an unprecedented act of valour, he offered help to the Southern division where the Pakistani terrorists had opened fire. At that time, his designation was that of the Aditional Commissioner of the Mumbai Police. The flamboyant official died while battling the terrorists in an ambush on a narrow lane between St Xaviers college and Rang Bhawan. In the aftermath of the attack, Kamte’s wife wrote a book To the last bullet based on wireless communication inputs that she got through RTI.

Salaskar, an encounter specialist, was also one of the braveheart cops who died while preventing the 2008 Mumbai terror attacks. During interrogation, Ajmal Kasab - the only terrorist who was caught alive - admitted to killing Salaskar at the Rang Bawan lane. Later, his daughter Divya who was only 21 years at that time told The Better India that the death of her father “haunted her for straight six months.”

Hawaldar Gajendra Singh was part of the team of NSG commandos, who abseiled on the roof of Nariman House where terrorists were holding at least six hostages. It was his team that extricated 14 civilians who were transported to safer places. During the operation, a terrorist hurled a grenade at him leaving him critically injured. However, he continued marching forward, firing at the enemies, till he succumbed to his injuries. Remarkably, it was his ultimate sacrifice that led the NSG team to get a dominant position in the encounter.

26-Nov-2008: When terrorists held the financial capital of our country hostage for 3 days. Don't think anyone can forget the horror that unfolded across multiple locations.

Also, we must be grateful for one man - Tukaram Omble. pic.twitter.com/AQNkdnRh3S