The 26/11 attack saw some major terrorist attacks on some famous places in India's financial capital, Mumbai resulting in the death of several innocent people. 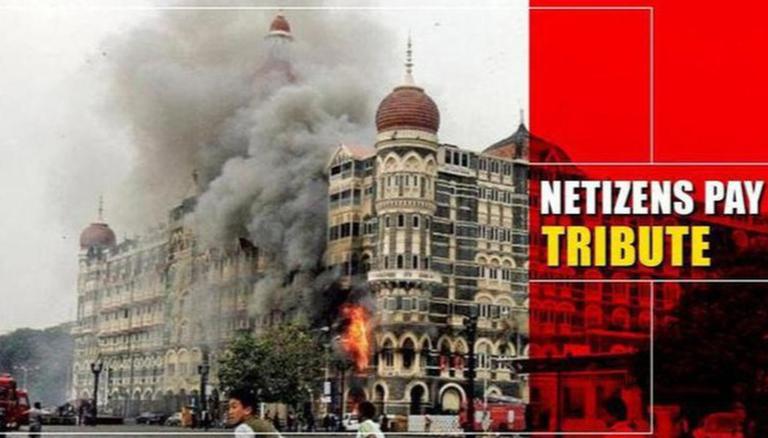 
It has been 13 years since the deadly 26/11 Mumbai terror attack that shook the conscience of the entire nation and left scars and painful reminders of the day. On the same day years back, India's financial capital, Mumbai witnessed major terrorist attacks on some famous places across the city which resulted in the death of several innocent people along with brave officers who sacrificed their lives to protect the people.

The incident took place on November 26, 2008, when a total of 10 terrorists arrived in Mumbai through sea route and opened fire at people at various locations including the Taj Mahal Hotel, Chhatrapati Shivaji Maharaj Terminus, the Oberoi Trident, Cama Hospital, Leopold Cafe and the Nariman House Jewish community centre now known as the Nariman Light House. After accomplishing these attacks, the terrorist captivated civilians at the Taj Mahal Hotel and the clash between them and the deployed forces finally came to an end on November 28 after which personnel of National Security Guards (NSG) took over the terrorists capturing only one terrorist alive, Ajmal Kasab.

While the nation remembers the deadly 26/11 attack, netizens took to social media platforms for paying tribute to the lost heroes and the victims of the horrific attack.

Tribute to the victims and martyrs of 26/11 🙏🏼🙏🏼 pic.twitter.com/UVTfoHVOtt

#MumbaiTerrorAttack a decade now for this unforgettable tragedy.

Can't forget that terror That News bulletin gave us 2 3 days. Rip for those brave Police officers, Rip everyone who lost their lives that day. pic.twitter.com/h61h7itgpo

We will not forget the sacrifices.!
We will not forgive the perpetrators!
.
.
Tribute to those who lost their lives in the Terrorist attack and salute to the Bravehearts who defended our nation and its people.!#MumbaiTerrorAttack #PKMKB #IndianArmy pic.twitter.com/NaiBeTBAqC

An #unforgettable day of the India's history. Remembering the martyers of 26/11 #MumbaiTerrorAttack Tribute to those who lost their lives.
#MumbaiAttacks pic.twitter.com/eYBILRgzFV

On 26/11, Mumbai thanks our Police, Armed Forces & the Marine Commandos who saved us at the cost of their own lives.They fought for India,they sacrified for nation.🇮🇳🚩#NeverForget#NeverForgive#JaiHind#ArmForces#MumbaiTerrorAttack #MumbaiAttacks #BraveSouls #ajmalkasab pic.twitter.com/xJzseArgF5