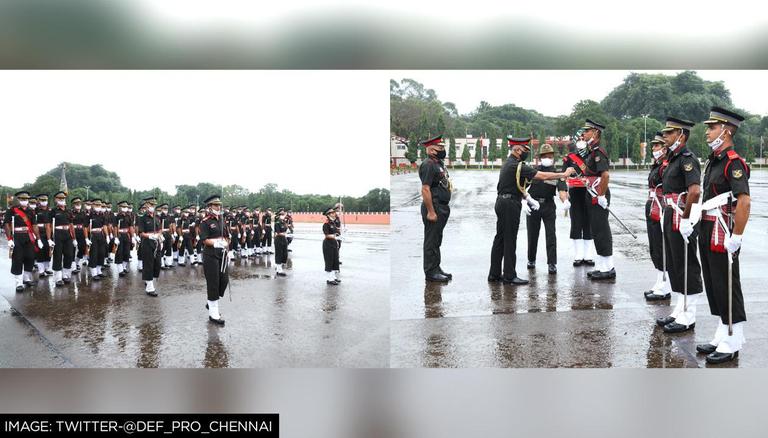 
Seven Afghan cadets (soldiers) who received training at the officers training academy (OTA) in Chennai will leave for New Delhi on Sunday and would decide their next steps after talking with officials at the Afghanistan Embassy in the national capital, reported news agency ANI.

These cadets, along with other Indian cadets, were a part of an integrated army training programme at the academy in Chennai. However, following their arrival in India, the Taliban took control of their home nation, leaving the fate of these Afghan soldiers in doubt.

The Taliban takeover of Afghanistan

On August 15, Afghanistan President Ashraf Ghani resigned and fled the country with his associates after the Taliban attacked Kabul. Several individuals have died as a result of the chaos, and thousands of people are desperately trying to exit the nation.

After the last batch of US soldiers left Afghanistan on August 31, the Taliban took control of Kabul airport. Despite promising to build an "inclusive" administration to oversee Afghanistan, the Taliban unveiled a 33-member interim Cabinet in September that includes no women or mainstream politicians from previous regimes.

READ | US may repatriate some Afghan refugees held at its military facility in Kosovo: Report

Passing Out parade at the Officers Training Academy in Chennai

The passing out procession of 124 male cadets and 29 female cadets, including 25 foreign cadets, was conducted on Saturday, November 20, at the Officers Training Academy in Chennai.

According to the statement, Lieutenant General CP Mohanty, Vice Chief of Army Staff, reviewed the parade and gave the Sword of Honour and OTA Gold Medal to ACA Siddhanth Sharma, the Silver Medal to BUO Dimple Singh Bhati, and the Bronze Medal to BCA Muneesh Kumar. The officers go through 11 months of comprehensive training that moulds them into "future leaders of the Indian Army," the release stressed.

Jyoti Nainwal, the wife of late soldier Deepak Nainwal, finished her training at the Officers Training Academy in Chennai. Jyoti, from Dehradun, was accompanied by her children. Lt Nainwal stated that she wished to carry on the life of pride that her husband had given them.