A day after announcing the resumption of the domestic flights, the Airports Authority of India (AAI) on Thursday has issued SOPs to all airports for travel

A day after announcing the resumption of domestic flights in India starting May 25, the Airports Authority of India (AAI) on Thursday has issued detailed Standard Operating Procedures (SOPs) to all its airports.

According to the SOPs, the passenger seating arrangement shall be done in such a manner so as to maintain social distancing and registration with the Aarogya Setu app will be a must. It states that passengers who are not shown 'green' on the app will not be allowed to travel.

The 6-page SOP also says that state governments will arrange public transport facilities for passengers and airline staff and all passengers will pass through the screening zones before entering the terminal building. Airline Operators have been asked to set up such zones in each city.

The guideline further states that an isolation area will be made available for suspected/ confirmed Covid cases. With utmost emphasis on social distancing norms, the guidelines say that cab and taxi drivers will be trained on maintaining the same, queueing area will be allotted outside landside commercial outlet and frequent patrolling will be done to ensure it.

On luggage, the guideline states that the use of trolleys will be 'discouraged' in departure and arrival areas. It also said that newspapers and magazines will not be provided at the Terminal building and lounges. Furthermore, the airport authority will ensure the availability of hand sanitizers and mats and carpets will be sanitized using bleach.

Here is the full SOP accessed by Republic: 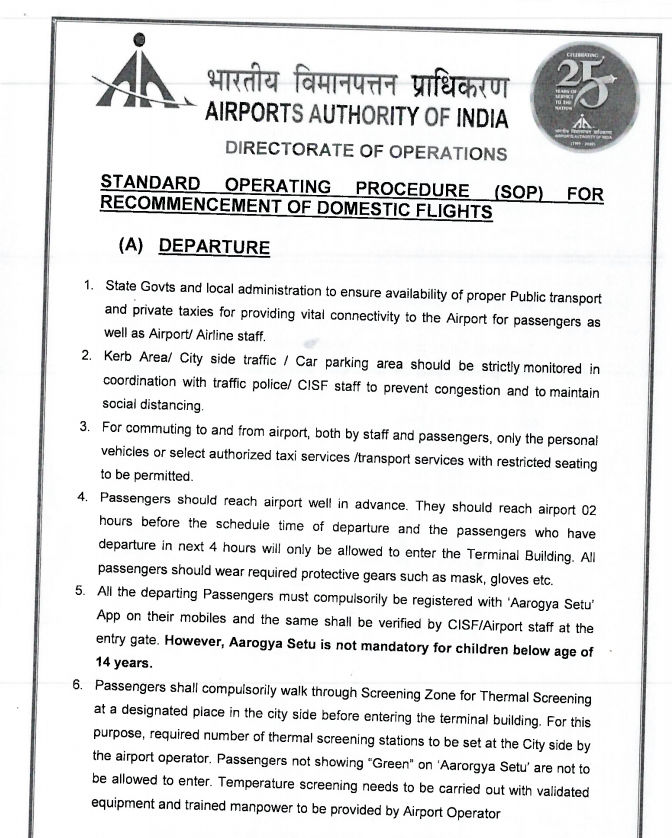 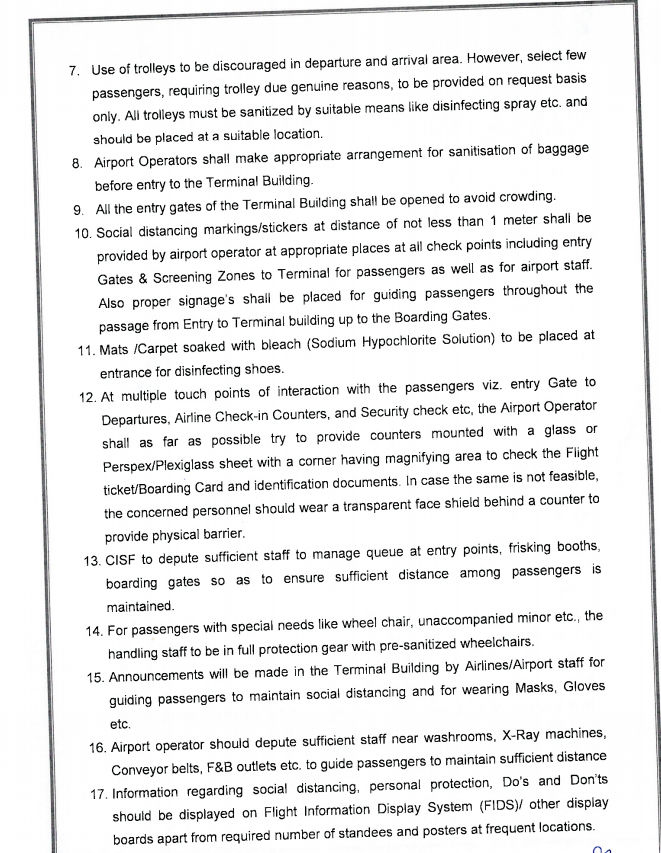 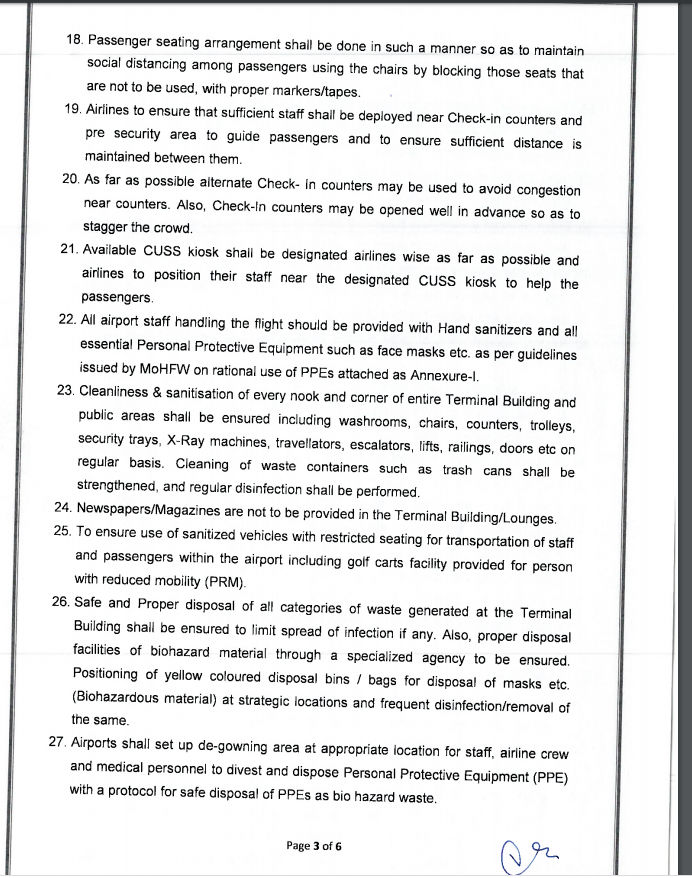 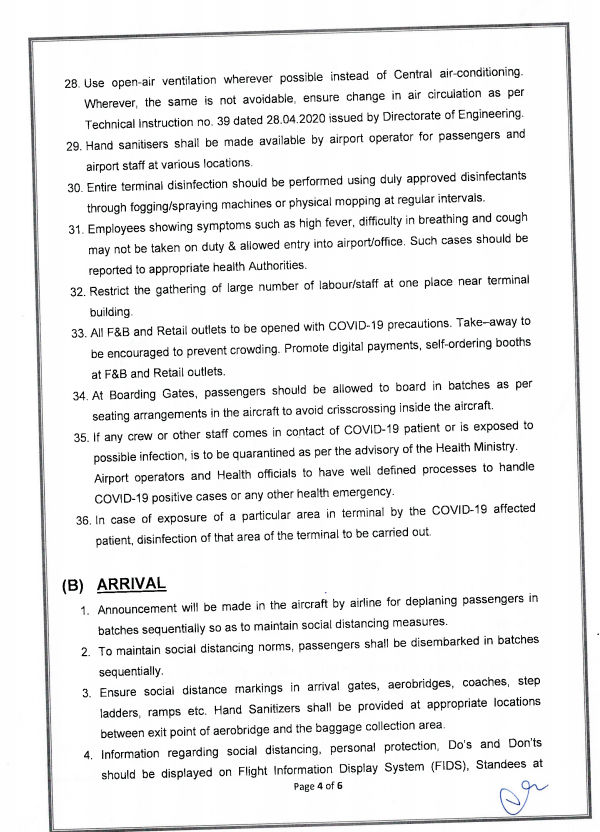 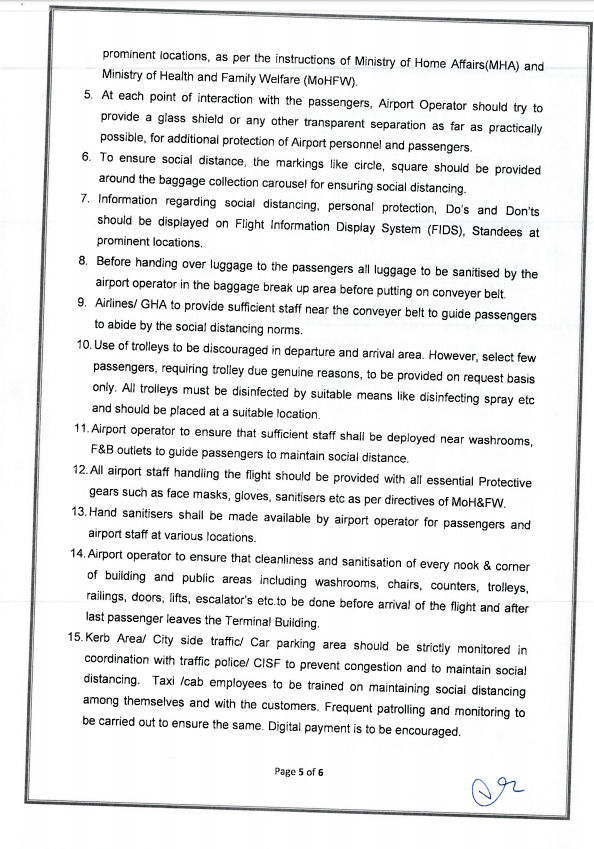 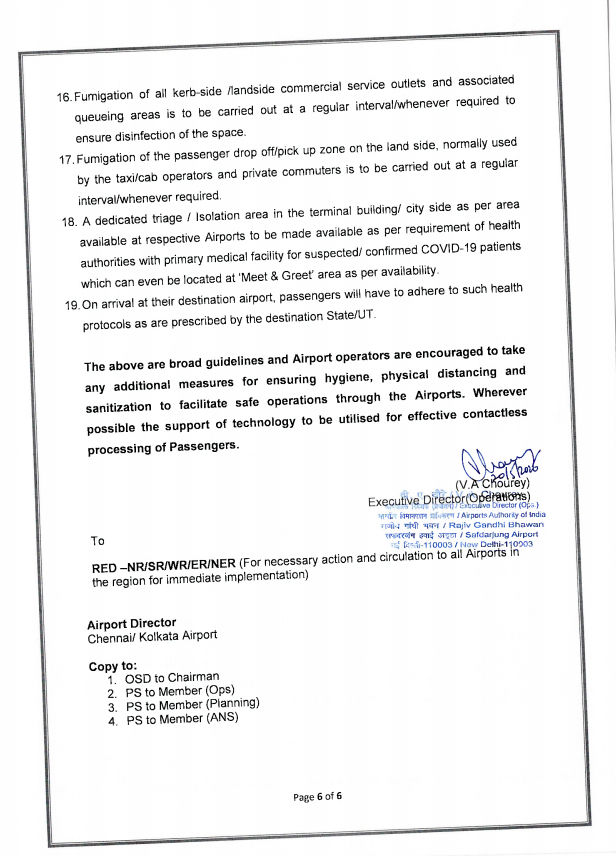 Order of MoCA Dated 21st Ma... by ankit on Scribd

Union Civil Aviation Minister Hardeep Singh Puri announced that domestic flights will recommence in a calibrated manner from May 25 onwards. Taking to Twitter, Puri stated that all airports and air carriers are being informed to be ready for operations from Monday onwards. He added that the Standard Operating Procedure (SOP) for passenger movement is also being separately issued.

The development came just a day after the Civil Aviation Minister had stated that the Centre alone cannot operate domestic flights, adding that the state governments will also have to be ready to operate domestic flights. In a notice issued by the DGCA earlier, domestic and international aviation operations had been restricted till May 31 under the fourth phase of the lockdown.

Domestic civil aviation operations will recommence in a calibrated manner from Monday 25th May 2020.

All airports & air carriers are being informed to be ready for operations from 25th May.

SOPs for passenger movement are also being separately issued by @MoCA_GoI.

READ | Domestic air travel to commence from May 25 in 'calibrated manner'; SOP to be issued

PEOPLE HAVE PLEDGED SO FAR
LATEST NEWS
View all
1 hour ago
Afghan war veteran among three JeM terrorists killed in Kashmir: IGP Kashmir
1 hour ago
COVID-19: In changed protocol, locals may control containment zones in West Bengal
1 hour ago
Flight operations at Mumbai airport, suspended at 2.30 pm due to cyclone Nisarga, resume
48 mins ago
Kerala CM assures of strict action against those involved in killing of pregnant elephant
1 hour ago
Maharashtra govt plans to provide financial assistance to tribals