Amnesty International Israel on Thursday clarified that the list of 50,000 numbers it had unearthed was not specifically snooped upon by using Pegasus. 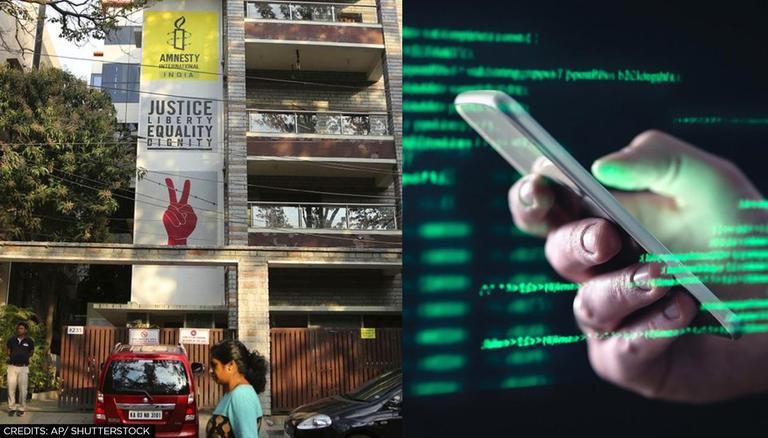 
Issuing a response to Israeli Spyware company NSO Group's denial of all 'snooping' allegations, Amnesty International Israel on Thursday clarified that the list of 50,000 numbers it had unearthed was not specifically snooped upon by using Pegasus. The NGO added that a list of numbers that were of interest to NSO customers was shortlisted to be allegedly spied upon by regimes across the world. Claiming that there was no certainity that Pegasus was used for the alleged snooping, Amnesty claimed that NSO had no mechanism to verify if their software was being misused by its clients.

Amnesty says 'not certain if Pegasus was used'

"The truth is that Amnesty has never presented this list as "NSO's Pegasus Spyware List", although some of the world's media may have done so. Amnesty, and the investigative journalists and media outlets in which they work, made it clear from the outset in very clear language that this is 'A list of numbers marked as numbers of interest to NSO customers', which are different regimes in the world. Amnesty International and its research partners also published a detailed methodological report describing exactly how the analysis was conducted," read the statement.

It added, "It is a list indicative of the interests of the company's clients, who have expressed interest in following journalists and human rights activists, political rivals, lawyers, and so on. Within the 50,000 list, there was a narrower list of numbers that the inquiry identified as being under some surveillance, although there is no certainty that the Pegasus spyware from NSO was used for this. Once a Pegasus spyware is sold to entities known to be human rights violators - governments or other entities - the NSO apparently has no ability to verify that there is indeed no abuse of the system unless a complaint is filed".

Lashing out at the Israeli government, it concluded, "While international standards require pre-sale discretion for human rights violators, Israeli law requires only the approval of the Ministry of Defense, which is limited only by Security Council resolutions. Most of the responsibility falls on the Defense Export Control Division in the Ministry of Defense, which does not do its job faithfully".  'Pegasus' owner NSO Group has highlighted that the list does not 'identify who puts the numbers on it or why', refuting all allegations. Centre too has refuted allegations terming the news investigation 'a fishing expedition'.

What is the Pegasus row?

A report by sixteen media houses claimed that 300 verified Indian mobile telephone numbers were allegedly spied upon using Israeli surveillance technology firm Pegasus - which only has 36 vetted governments as its clients. As per a 'leaked' database, numbers of those allegedly spied upon include over 40 journalists, three major opposition figures, one constitutional authority, two serving cabinet ministers, current and former heads, and officials of security organizations and businessmen. The target also includes the eight activists currently accused of the Bhima Koregaon case. The report claimed that the leaked numbers mainly belong to ten countries - India, Azerbaijan, Bahrain, Hungary, Kazakhstan, Mexico, Morocco, Rwanda, Saudi Arabia, and the United Arab Emirates.