Akash Prime missile, successfully tested on Sep 27 in Odisha, is the latest to country' mega defence boost. Here's a look at other major defence deals of India 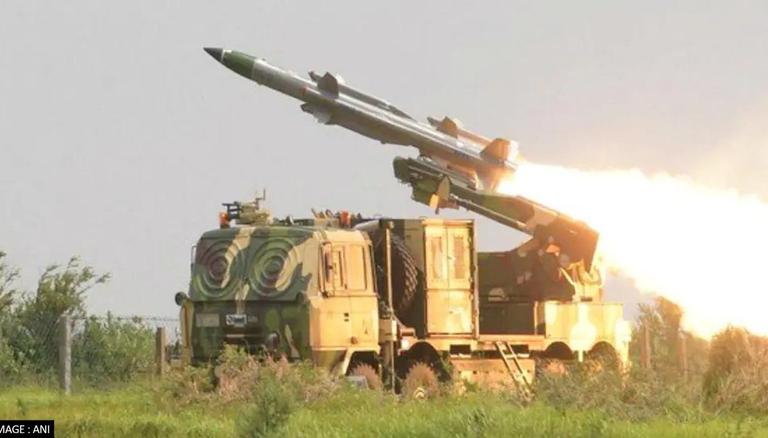 Here is a look at major defence deals secured by the Indian Armed Forces.

India has sealed a Rs 21,000 crore deal with Airbus Defence and Space to procure 56 C-295 transport aircraft to replace the ageing AVRO-748 planes of the Indian Air Force (IAF) under a project that entails manufacturing of military aircraft in India for the first time by a private company. Under the agreement, Airbus is set to deliver the first batch of 16 aircraft in 'Fly-Away' condition after final assembly in Spain within a stipulated period of four years. Subsequently, 40 aircraft will be manufactured and assembled by TATA  Advanced Systems in India as part of a partnership between the two entities. The final delivery will be made by 2031. The Aircraft is capable of operating from semi-prepared strips and provide a major boost to the tactical airlift capability of IAF.

Additionally, India has sealed a contract to procure 118 main battle tanks- Arjun for the Indian Army at a cost of Rs 7,523 crore and set to enhance the combat capabilities. The MBT MK-1A is a new variant of the Arjun tank designed to boost firepower and usage, mobility, survivability, infused with 72 latest features and more content from the MK-1 variant. Ensuring effortless mobility in all terrains and precise target engagement in daylight, the order is viewed as a boost to the 'Make in India' initiative in the defence sector, thus aiding in 'Aatmanirbhar Bharat'. PM Modi handed over the MBT Arjun MK-1A to Chief of Army Staff, General MM Naravane in February 2021.

Boosting the country's military prowess, ICBM AGNI-V has demonstrated a strike range of 5000 km. It has been developed by the indigenous defence mammoth, Defence Research and Development Organisation (DRDO) and the missile will be tested at a defence facility off the Odisha coast undertaken by the Strategic Forces Command of the Indian Army. AGNI has a range of 5000-8000 km (notably, Shanghai is well within the 4000 km range).

PM Modi met with the Indian-American Chief Executive of General Atomics to hold talks on strengthening India's defence technology sector including its strides in drone technology. The Predator deal first took root in the erstwhile Trump administration in 2017 during PM Modi's visit to the US. Reports suggest that the two leaders held discussions subsequent to the interest showcases by the Indian Army in purchasing General Atomics Avenger UAV. Referred to as MQ-9 Repeater by the US Air Force and Royal Air Force, the Predator B is a remotely piloted aircraft. These drones are known during long-endurance intelligence, surveillance and reconnaissance missions spread in a wide area. Furthermore, the drones possess easy operative features. This adds to the list comprising of the Sky Guardian, Sea Guardian (maritime variant), Reaper & Avenger.