Delhi Joint CP ID Shukla said necessary security measures had been taken by the Delhi Police ahead of Ayodhya verdict on Nov 9; security tightened around SC.

With the Supreme Court all set to pronounce its verdict in Ayodhya title suit on November 9, Joint Commissioner of Police ID Shukla on Saturday said that the Delhi Police has taken all the necessary security measures with the help of the paramilitary forces. He assured that "there is no question of any mishappening" and security "cannot be breached".

ID Shukla, Joint CP: Delhi Police has taken appropriate security measures with the help of paramilitary, ahead of the #AyodhyaVerdict. There is no question of any mishappening, be it the security of Supreme Court, High Court or the security of a VIP-VVIP, it cannot be breached. pic.twitter.com/HlsZQV1mn3

Along with beefed up security in Delhi and the other states of India, the Delhi police have also made necessary security arrangements at the official residence of the five Supreme Court judges who will be delivering the verdict on the case on November 9. Meanwhile, the security arrangements of the Supreme Court have also been tightened, with Delhi police and paramilitary forces keeping a close eye an all the activities. 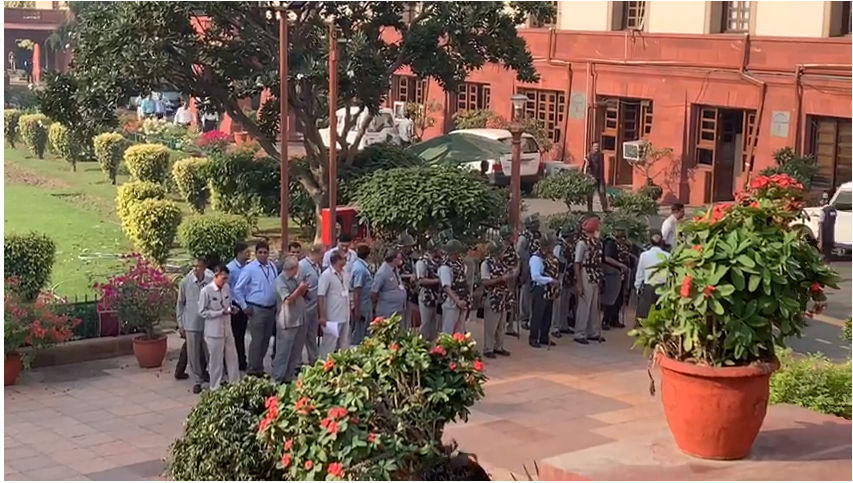 READ | Ayodhya litigant Iqbal Ansari: 'Accept the verdict whatever it may be'

The Delhi Government has advised all private schools to remain shut on November 9 as a precautionary measure in view of the Supreme Court verdict in the Ayodhya title suit. All government schools will be closed on account of second Saturday of the month. Delhi's Deputy Chief Minister Manish Sisodia took to Twitter and advised all the private schools in the national capital to remain shut.

There are potential security concerns with the SC Ayodhya verdict tmrw morning. All government schools and many private schools are closed tomorrow, as it is a second Saturday. We are advising all private schools to also remain closed tmrw.

READ | UP: Section 144 imposed across the state ahead of Ayodhya case verdict