B B Lal: Doyen Of Indian Archaeology Who Excavated In Ayodhya, Purana Quila 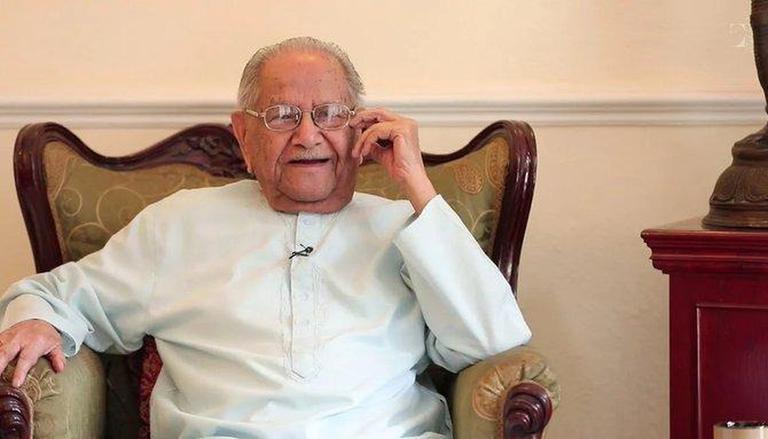 
Archaeologist B B Lal was a stalwart in the field of Indian archaeology who led excavations in the ancient city of Ayodhya and historic sites in Hastinapur and Delhi's Purana Qila producing seminal work while mentoring four generations of scholars.

He dug out sites in different parts of the country and through his work at places believed to be linked with Ramayana and Mahabharata sought to establish a correlation between the archaeological evidence and the two epics, at times triggering controversies.

Lal served as the director general of the Archaeological Survey of India (ASI) from 1968 to 1972. He had reportedly found temple-like pillars during excavation at the Ayodhya site in the mid-70s, where the Ram temple is now being built.

Former Additional Director General of ASI B R Mani was among several scholars and senior officials of ASI who attended Lal's funeral at Lodhi crematorium here.

"He was a tall figure and a veteran archaeologist. He was my teacher and mentored four generations," Mani told PTI.

Asked about the excavation in Ayodhya which Lal led, he said, "The site was near Babri Masjid. It took place in the mid-1970s, but no report was made on it."

Notwithstanding the controversies surrounding some of his works, Lal inspired young archaeologists and scholars to dig deeper literally and delve into history, often inviting criticism from sceptics and critics alike.

"Prof B B Lal will be remembered as an archaeologist who endeavoured to unravel the strands of history through the archaeological prism. His work on PGW (painted grey ware) was seminal and since I also research on this, his work is particularly inspiring," Vadodara-based research scholar Disha Ahluwalia told PTI.

She recently worked at Harappan-era sites of Rakhigarhi in Haryana and assisted a team of archaeologists from ASI in excavation work.

"Prof Lal's work in Kalibanga, Rajasthan or in Ayodhya, Hastinapur in Uttar Pradesh, and elsewhere besides the scholarly research papers he produced will motivate youngsters to take the plunge into archaeology, irrespective of what answers one is able to find," said Ahluwalia who is pursuing her Ph.D. from MSU Baroda.

He was the first to do excavation at the Purana Qila site in the 1950s. The ruins of the historic fort are believed by many to stand on the site of the ancient city of Indraprastha, however, no evidence has been found to support this theory.

"Excavations at this site in 195455 and 1969 -1973, conducted by the Archaeological Survey of India and headed by B B Lal, revealed a few shards of pottery belonging to the painted grey ware variety that historians trace to the Mahabharata period, (1500-1000 BCE)," according to a website of the central government on Indian culture.

Books authored by him include "Testing Ancient Indian Traditions: On the Touchstone of Archaeology"; "The Rigvedic People"; and "Historicity of the Mahabharata: Evidence of Literature, Art and Archaeology".

Lal had served as one of the youngest directors general of the ASI.

Union Culture Minister G Kishan Reddy also paid tribute to the noted archaeologist and tweeted that the country "has lost one of the brightest minds".

A senior official said, "At ASI, we are all saddened by his departure. He mentored more than four generations of scholars and produced outstanding work in the discipline."

The ASI in a tweet said the contribution of Lal in archaeology is "beyond measure".

"A doyen in his field, he devoted his entire 101-year life to the subject. He may be gone but his work lives on and will continue to teach and influence generations to come," it said.