13 rebel MLAs belonging to Congress and Janata Dal (Secular) were given tickets by the BJP to contest in the Karnataka assembly bypolls scheduled on December 5.

A few hours after officially joining the BJP on November 14, 13 rebel MLAs belonging to Congress and Janata Dal (Secular) were given the BJP ticket to contest in the Karnataka assembly bypolls scheduled on December 5. This includes senior leaders such as Ramesh Jarikholi, Anand Singh, H Vishwanath who will fight the elections from Gokak, Vijayanagara and Hunsur constituency respectively. However, the BJP is yet to declare candidates for two remaining seats which too will go to the polls. 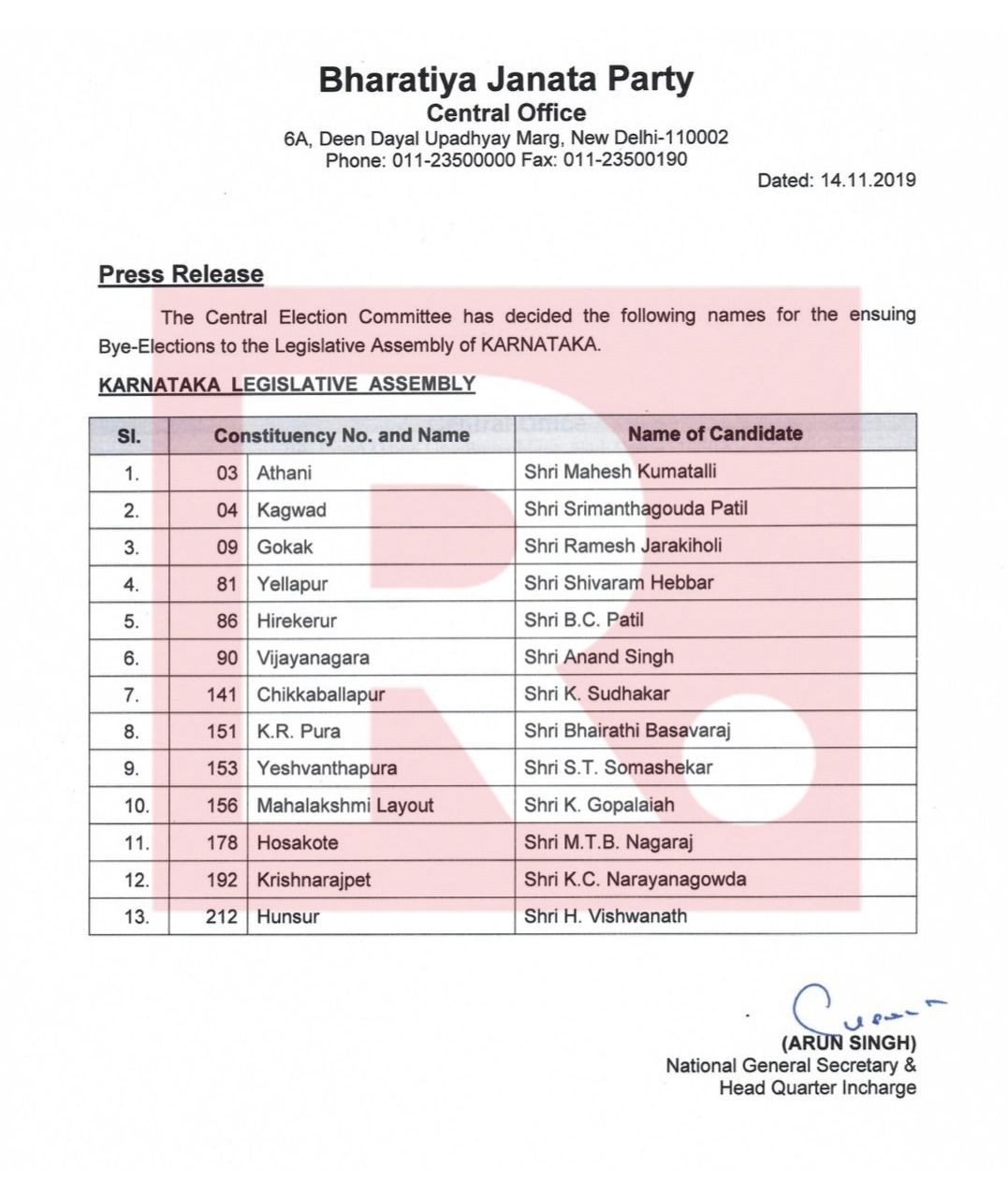 Earlier in the day, 16 out of the 17 rebel MLAs joined BJP in a ceremony graced by Karnataka Chief Minister BS Yediyurappa, BJP state president Nalin Kateel and BJP national general secretary P Muralidhar Rao. Welcoming all of them, Rao said that their joining the party would help deliver a stable and development-oriented government in Karnataka. He revealed that they took the decision to join BJP after the SC's verdict on Wednesday, November 13.

Yesterday’s SC decision has enabled Karnataka MLAs who have resigned n got disqualified by speaker to participate in election. All of them decided to join BJP. I welcome all of them.Their joining will help in giving stable n development oriented govt under d leadership of Sri BSY pic.twitter.com/JnelmnQOw2

A three-judge bench of the Supreme Court on Wednesday in its verdict on the petitions of the 17 disqualified Congress and JD(S) MLAs granted them partial relief. While their disqualification was upheld, the court struck down the Speaker’s decision to bar them from contesting bypolls during the tenure of the current Assembly. Their absence during the trust vote on July 23 this year had led to the collapse of the HD Kumaraswamy-led government. Subsequently, BJP formed the government in the state. To remain in power, BJP has to win a minimum of 6 out of the 15 seats going to the polls. The results of the bypolls will be declared on December 9.