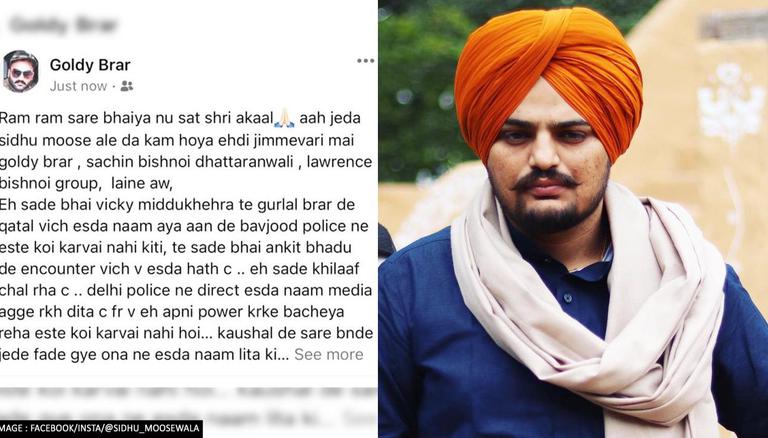 
Hours after Sidhu Moosewala's death shocked the nation, Canada-based gangster Satinder Singh, alias Goldy Brar issued a statement with regards to the incident on Sunday. In the statement posted on social media, Brar said that he along with Sachin Bishnoi, Lawrence Bishnoi group was responsible for the murder of the singer and Congress leader.

'He was working against us'

"He was named in the killing of our brother Vicky Middukhehra, Gurlal Brar but the police didn’t act. He was also behind the encounter of our brother Ankit Bhadu...Delhi Police had put his name in front of the media, but still, by using his power he was avoiding punishment, no action was being taken against him. He was working against us," Brar said in the statement.

In a shocking development, Moosewala was killed by unidentified assailants on May 29 in Jawaharke village. After being fired upon, Moosewala was rushed to the hospital in Mansa where he was declared dead on arrival. 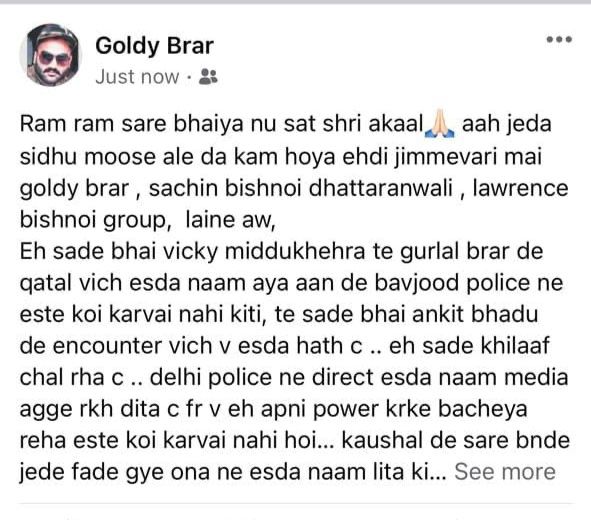 Meanwhile, Chief Minister Bhagwant Mann said that he was deeply saddened and shocked by the incident. Taking to Twitter, the Aam Aadmi Party leader while expressing condolences to the family of the deceased, promised that no miscreants involved in the incident will be spared. "I appeal to all to stay calm," the comedian-turned politician wrote in the post.

Also, Aam Aadmi Party supremo, and Delhi Chief Minister Arvind Kejriwal, replying to Bhagwant Mann's post on Twitter, assured that the killers of Moosewala will get the strictest punishment.

He said, "The murder of Sidhu Musewala is very sad and shocking. I just spoke to Punjab CM Man Sahib. The culprits will be given the harshest punishment. I request everyone to keep calm and maintain peace. May God rest his soul."