As part of the Indian CAPF's Expedition to Mt Everest, the BSF team reached the summit of Mt Lhotse (the world's fourth-highest peak at 27940 feet) today. 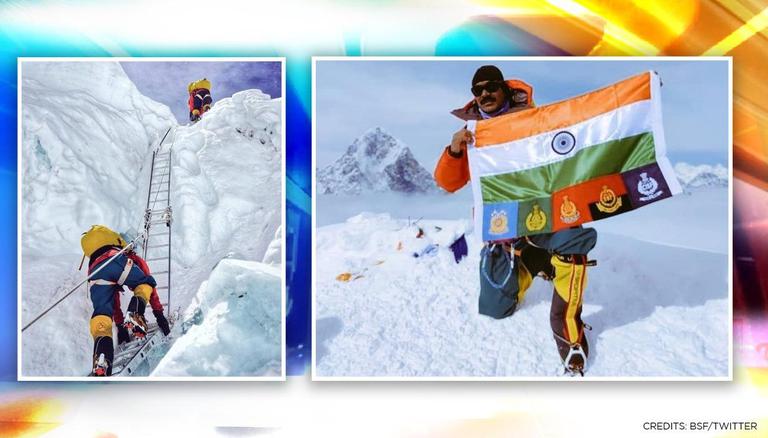 
As part of the Indian Central Armed Police Forces (CAPFs) Expedition to Mt Everest, Ct Suresh Chhetri, BSF Institute of Adventure And Advance training (BIAAT) reached the summit of Mt Lhotse, the world's 4th tallest peak at 27940ft, at 8:30 am today, May 23.

Earlier this month,  a Nepalese Sherpa guide climbed Mount Everest for the 25th time, breaking his own world record for most summits. At 6 pm on May 7, Kami Rita and 11 other Sherpa guides climbed to the summit of Everest, becoming the first climbers to do so this year despite the deadly Coronavirus pandemic.

On the other hand, Mount Etna, Europe's largest active volcano, erupted overnight between Saturday and Sunday morning, sending lava rocks flying into the air. The explosions were coming from the southeast crater, according to the Italian Institute for Geophysics and Volcanology. Etna is the largest of Italy's three active volcanoes, which also include Stromboli, which is located on the Sicilian island of the same name, and Mount Vesuvius, which last erupted in 1944. Etna is a popular tourist destination for hikers who want to see the incredible lava flows that glow orange at night.