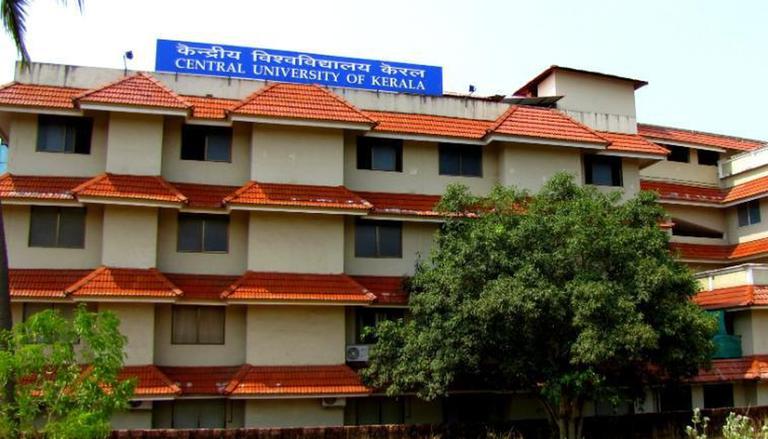 
The Central University of Kerala revoked the suspension of Assistant professor Gilbert Sebastian and issued a stern warning after he had referred to the RSS (Rashtriya Swayamsewak Sangh) as proto-fascist during one of his lectures. In a letter dated June 7, Central University of Kerala's vice-chancellor H Venkateshwarlu highlighted that Assistant Professor Gilbert Sebastian had uttered unjustifiable remarks during a theory class with 1st year MA students.

The letter noted that Gilbert Sebastian's utterances were contrary as a government employee at the Central University of Kerala and that it violated provisions of CCS [Conduct) Rules 1964. Further, the letter stated that a warning was issued to the Assistant Professor on the recommendation of a three-member committee that had examined the case and cautioned him against repeating such remarks again. The University's letter warned Assistant Professor Gilbert Sebastian of strict disciplinary action and imposing a major penalty if he repeated the violation. 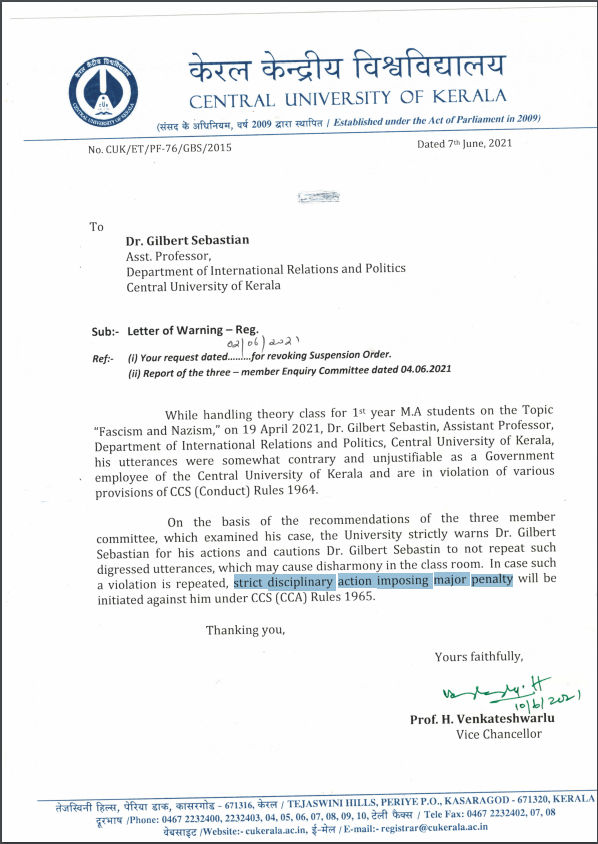 WE RECOMMEND
From an unplastered hut to IIM Ranchi: How Ranjith pursued his dreams with perseverance