With the price of onion rising almost 30% in past one week, Government of India has prohibited the export of all varieties of onions with immediate effect

With the price of onion rising almost 30 percent in the past week, the Government of India has prohibited the export of all varieties of onions with immediate effect. In a circular dated September 29, Director General of Foreign Trade said that there had been an amendment in the export policy of onions. The circular of the Department of Commerce said that the amendment has been made 'till further orders'. It highlighted that the amendment has to be followed from 'immediate effect'.

Here is the circular: 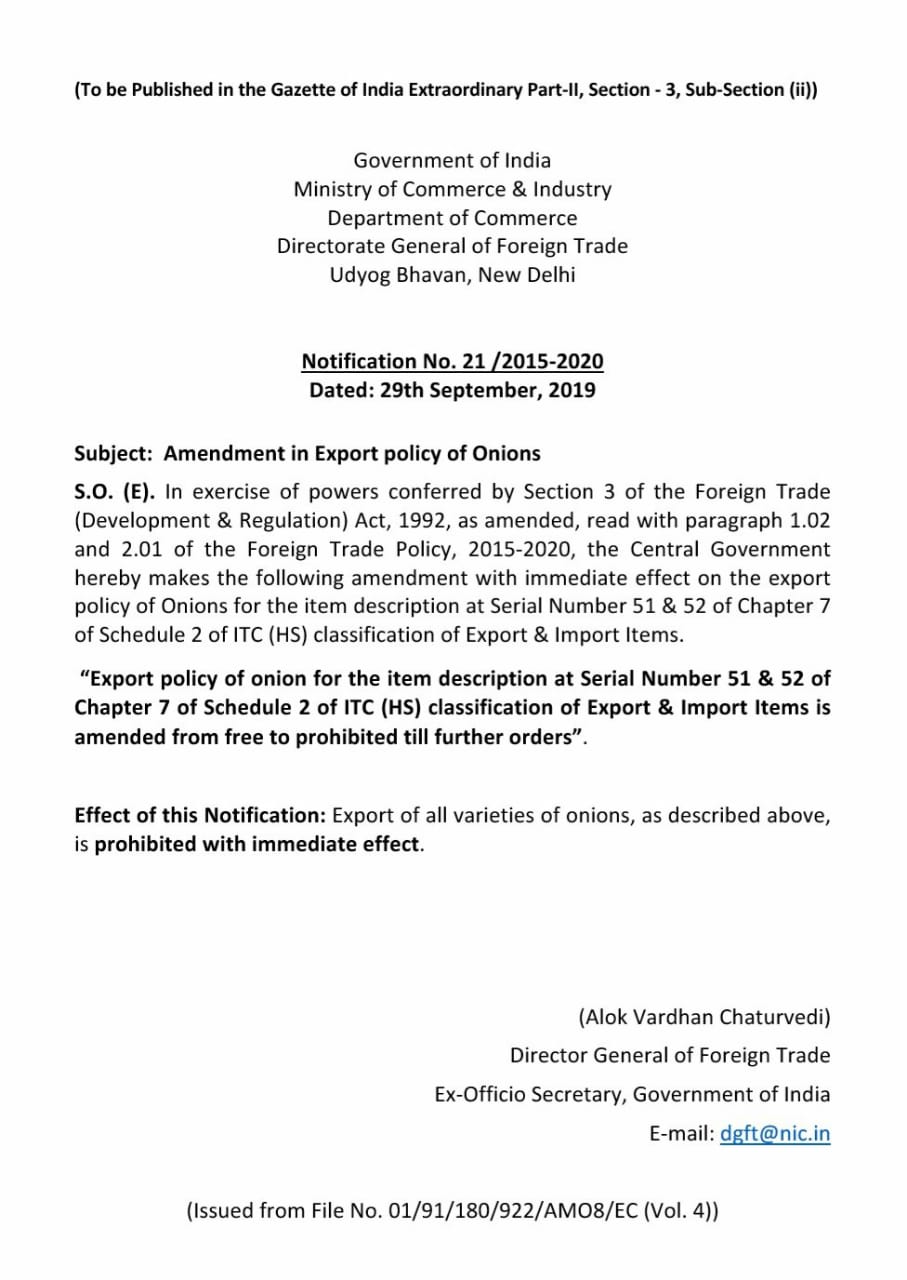 Onion prices are on the rise despite several measures taken by the central government to boost supply. "The government has taken several measures in the last few weeks to improve the domestic supply and check the further increase in prices of onion. However, retail prices have suddenly shot up in the last 2-3 days because of supply disruption due to excessive rains in the growing states," a source told PTI. It is a short-term supply disruption and if the situation does not normalise in the next 2-3 days and prices rise, then the government may consider seriously imposing stock holding limits on onion traders, the source said. According to the Met Department, main onion producing regions especially Maharashtra, Karnataka, Andhra Pradesh, Gujarat, eastern Rajasthan, and western Madhya Pradesh has received excess monsoon rainfalls in the last two days.

Meanwhile, Delhi's Chief Minister Arvind Kejriwal announced a drop in the prices of onion at a press conference on Monday. The CM said that onions will be procured and will be sold at Rs. 24 through mobile vans. He flagged off as many as 70 trucks carrying onions at the Delhi Secretariat. However, Delhi BJP chief Manoj Tiwari alleged that the AAP government is trying to reap profits by selling onion at a higher price at Rs 23.90 per kg. He claimed that the Delhi government is procuring onions at Rs 15.60 per kg from the Centre, and selling them at Rs 23.90 per kg. Manoj Tiwari has also alleged that Arvind Kejriwal government has failed to check the "black marketing" of onions.