India's airspace map was issued within 30 days after the Centre rolled out the liberalised Drone Rules 2021. The Drone Rules were released on August 25 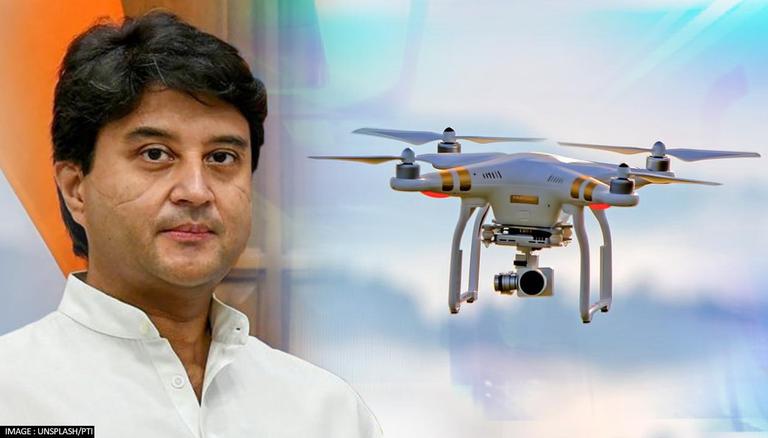 
Days after rolling out the new liberalised Drone Rules, 2021, the Centre on Friday has released India's airspace map for drone operations. According to a press release issued by the Ministry of Civil Aviation, the map is publicly available on DGCA's digital sky platform. The new drone rules offer numerous benefits to different sectors concerned with aviation and are expected to help boost the country's economy.

Sharing the information on Twitter, Civil Aviation Minister Jyotiraditya Scindia said that the Centre has given wings to the imminent drone revolution at breakneck speed. He added that the airspace maps have been released within 30 days of rolling out the new Drone Rules, attributable to the team as well as the stakeholders at the state and industrial levels.

Giving wings to the imminent drone revolution at breakneck speed! @MoCA_GoI has successfully managed to release the airspace maps for drones within 30 days of rolling out the new Drone Rules, all thanks to the team, as well as stakeholders at the State & industry levels.

The drone airspace maps released by the Civil Aviation Ministry on Friday provides a number of features. First of all, it demarcates the yellow and red zones across the country. All the zones have been allotted separate guidelines. The airspace map can also be modified from time to time by authorised entities.

Meanwhile, anyone planning to operate a drone should check the latest airspace map for changes in zone boundaries as the map is freely available on the digital sky platform without any logging requirements.

The New Drone Rules or the liberalised Drone Rules 2021 were released by the Central Government on August 25 followed by the Production Linked Incentive (PLI) scheme for drones on September 15 and the Geospatial Data Guidelines on February 15. These policy reforms are expected to further catalyse super-normal growth in the upcoming drone sector.

Adding to it, the drones will provide numerous benefits to the economy as they will be utilised for agricultural, mining, infrastructure, emergency purposes, transportation, defence, law enforcement, and many more. One of the major highlights of its inclusion will be its reach to even the most remote and inaccessible areas.

Talking about its investment, the drone industry may witness an investment of more than Rs  5,000 crore over the upcoming three years. Also, the annual sales turnover will grow in the current fiscal year and is estimated to cross more than Rs 900 crore in the next financial year. Furthermore,  it will also provide over 10,000 employment opportunities for people in the industry.