Indian Space Research Organisation or ISRO has recently released the pictures of the impact craters on the south polar region of the moon clicked by the orbiter of Chandrayaan 2. These pictures show the observations made by the Synthetic Aperture Radar on the lunar surface. Moon’s surface has a lot of impact craters owing to the continuous bombardment of celestial bodies, these craters are usually studied by a powerful remote sensing instrument to know more about the moon’s surface.

The impact craters are formed on the moon’s surface by the continuous bombarded of meteorites, asteroids, and comets. This bombardment leads to the formation of the most distinct geographic features on the lunar surface. As per ISRO, “Impact craters are approximately circular depressions on the surface of the moon, ranging from small, simple, bowl-shaped depressions to large, complex, multi-ringed impact basins. In contrast to volcanic craters, which result from explosion or internal collapse, impact craters typically have raised rims and floors that are lower in elevation than the surrounding terrain.” These craters are studied to know more about the origin and evolution of the celestial structure. 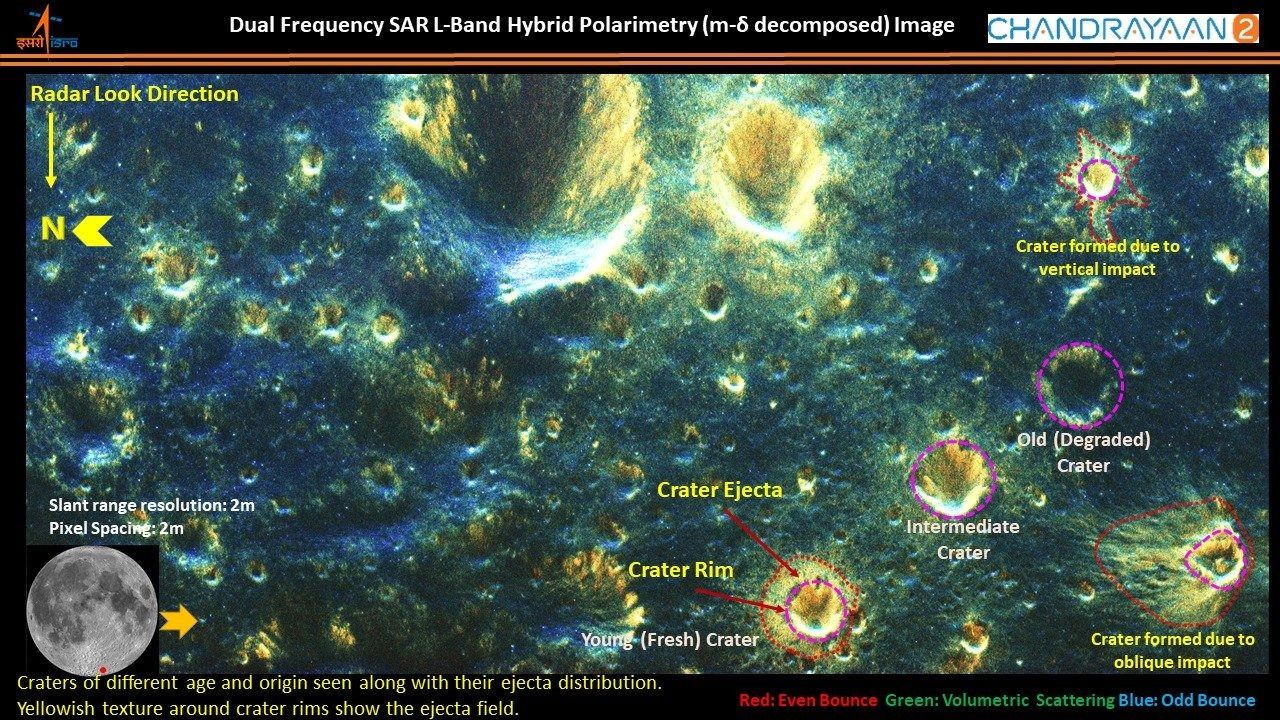 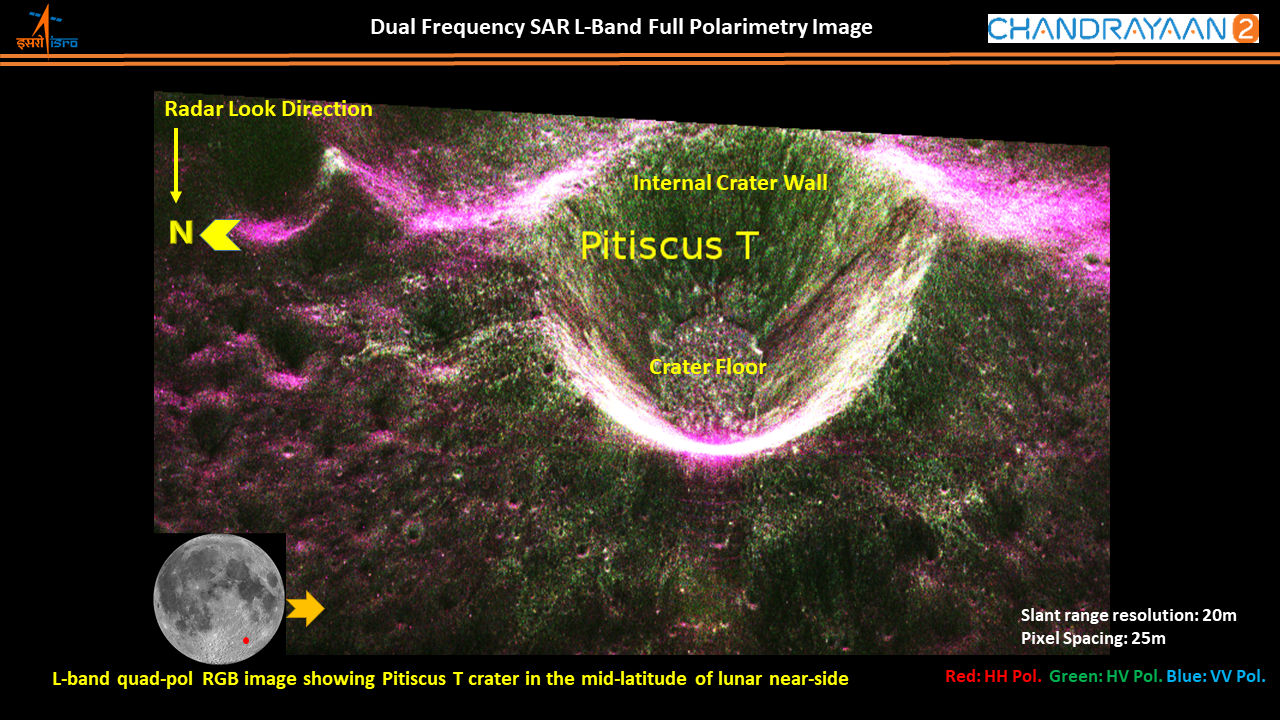 According to ISRO, “Chandraayan 2 is designed to produce greater details about the morphology and ejecta materials of impact craters due to its ability of imaging with higher resolution (2-75m slant range) and full-polarimetric modes in standalone as well as joint modes in S and L-band with wide range of incidence angle coverage (9.5°-35°). In addition, the greater depth of penetration of L-band (3-5 meters) enables probing the buried terrain at greater depths. The L & S-band SAR payload helps in unambiguously identifying and quantitatively estimating the lunar polar water-ice in permanently shadowed regions.” In the earlier spacecraft like Chandrayaan 1 and NASA’s LRO the SAR systems such as the S-band hybrid-polarimetric and the S & X-band hybrid-polarimetric provided valuable data on the scattering characterisation of ejecta materials of lunar impact craters. However, Chandrayaan 2 is more advanced as it provides much more details than the previous systems in the older spacecraft did.