The Ambassador did not miss out to mention Israel stands with India during trying times despite the war-like situation prevalent back in Israel. 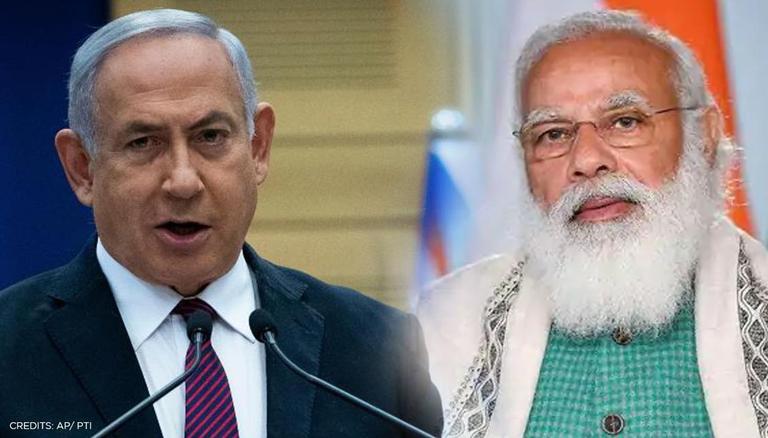 As India currently battles second wave of COVID-19 and where medical infrastructure in some states is outstretching its capacity, Israel has stepped forward in providing medical and life-saving support during the ordeal.

According to Ambassador of Israel to India Dr Ron Malka, another aeroplane with oxygen devices and other medical equipment arrived in Delhi, earlier today. It is pertinent to note the Ambassador did not miss out to mention Israel stands with India during trying times despite the war-like situation prevalent back in Israel. He stated,

Even while #IsraelIsUnderAttack,
another airplane with oxygen devices and other emergency medical equipment from Israel arrived in Delhi. @ILAerospaceIAI has sent medical aid to #India. #IsraelStandsWithIndia in its #FightAgainstCOVID19. 🇮🇱🇮🇳 pic.twitter.com/rVcBCp1EQn

As pledged, this is the third round of healthcare equipment delivered by Israel, assigned to India for medical relief. The second consignment of medical aid arrived on May 6.

Meanwhile, official Israel’s Foreign Ministry statement had said that “the delivery of the assistance, which will be transferred to India by air through a series of flights throughout the week, is the result of the Foreign Ministry's work in cooperation with the National Security Council, Health Ministry, Finance Ministry, and Control Center, together with full coordination with the Indian government through Israel's embassy in New Delhi and the Indian embassy in Israel.” Their Foreign Minister Gabi Ashkenazi had also said,

"India is one of Israel's closest and most important friends. We stand with India particularly during these difficult times India is experiencing and are sending life-saving equipment to our Indian brothers and sisters."

The current escalation of the Israel-Palestine conflict started earlier this month when the unrest began in East Jerusalem over an Israeli court's decision to evict several Palestinian families from the area. The situation on the border between Israel and the Palestinian Gaza Strip has been deteriorating ever since.

The ongoing war-torn episode has been noted as the heaviest aerial exchange since the 2014 Gaza war a.k.a Operation Protective Edge.

Outpouring solidarity in the form of medical aid from several countries

Exponential hike in COVID-19 infections across India since the inception of the second wave has evidently overburdened Indian production sectors, the medical infrastructure, and thousands of frontline medical staff in the country. While COVID-19 management and curbs have been harder for India to attain, solidarity has been an outpouring from numerous countries. Amid ascending COVID-19 figures in India, media reports, and gutting images of collapsing medical infrastructure, several countries have been outpouring solidarity with India's ordeals. Previously, Thailand, Qatar, Ukraine, Israel, Netherlands, Romania on behalf of the European Union, United Kingdom, United States, Russia, Saudi Arabia, Kuwait, China, Singapore, Bhutan amongst few that have come forward in providing assistance to India in procuring tonnes of liquid medical oxygen, transporting mobile oxygen plants, drugs, vaccine and other medical amenities to cater as requirements against the destructive COVID-19 second-wave.