Delhi residents witnessed light to moderate intensity rains,paired with occasional thunderstorm, on Saturday afternoon. The rains came as a respite to heat wave 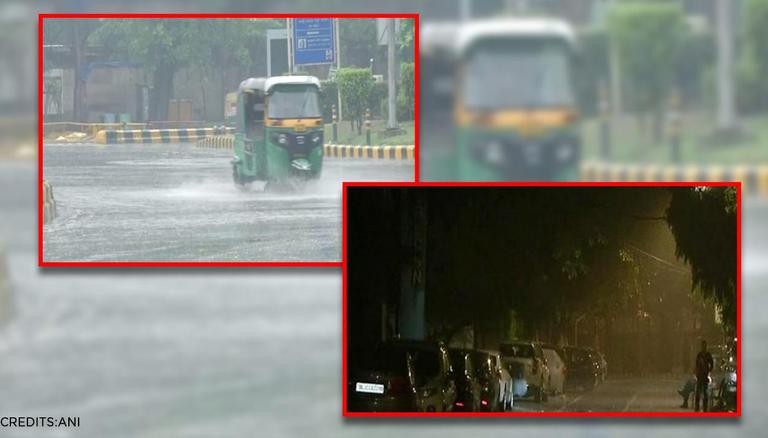 
Delhi residents witnessed light to moderate intensity rains with occasional thunderstorms, on Saturday afternoon. The rains came as the north Indian city continues to battle a heatwave with the mercury soaring as high as 39 degree Celsius on June 5. However, the downpour came as a respite pulling the temperature down by five degrees to 34 (maximum) and 23.4 degrees Celcius (minimum) on Sunday. Additionally, it also pulled the Air Quality Index down from 156 to 118, putting the capital in the moderate category on both days, according to the System of Air Quality and Weather Forecasting And Research (SAFAR).

It predicted that Delhi will have a cloudy sky with the possibility of very light rain on Sunday. The rains could escalate in June with the NCR witnessing very light rain with thunderstorms on June 7 before getting back to clear, sunny skies.

Meanwhile, a new study stated that global warming is restricted to 1.5 degrees Celsius temperature rise in the coming decades, the heat waves will become more frequent across South Asia, including major crop-producing regions like West Bengal and Uttar Pradesh in India. The researchers informed that the findings vary from those of a related study published in 2017, which projected that lethal heat waves will occur in South Asia towards the end of the twenty-first century.

Scientists from the United States' Oak Ridge National Laboratory have warned that a rise in extreme heat events could put workers in danger in major crop-producing states like Uttar Pradesh and West Bengal, as well as coastal regions and cities like Kolkata, Mumbai, and Hyderabad. According to a study published in the journal Geophysical Research Letters, two degrees of warming have increased the population's vulnerability to lethal temperatures nearly threefold relative to recent years.